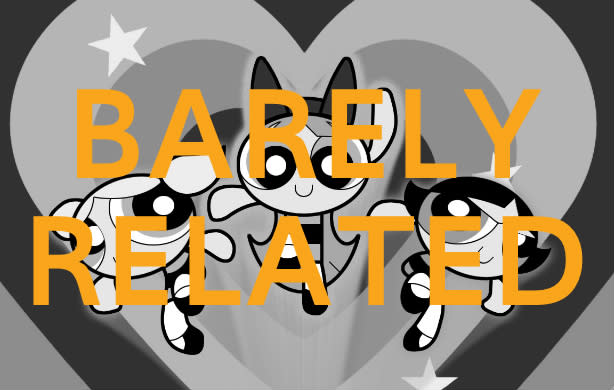 There are still a few E3 stories the soak up around here, but let's take a break from all that for a few moments, shall we?


Move over Star Wars Episode VII, we're already talking about the director of VIII and IX

Deadline says Rian Johnson, director of sci-fi hit Looper will write and direct the next two Star Wars films. Those would be Episode VIII and IX, following the movie directed by J.J. Abrams. All of this will set the stage for Star Wars X Star Trek, probably.

Being a Starbucks employee isn't just about frothy coffee art and listening to hip tunes all day, it's also about getting a free college education. The ubiquitous coffee chain is partnering with the University of Arizona to offer online courses to employees who work at least 20 hours a week and have high enough grades and test scores. Furthermore, those who already have 2 years of college credit will get those courses for free (while Starbucks will still offer partial tuition to others).

The really crazy part: Starbucks isn't requiring employees to stay with the company after they earn their degree.

Supreme Court to decide when social media threats are criminal:

The Supreme Court is soon to hear Anthony Elonis v. United States, a case that will decide when a threat made on social media can be considered criminal. The case involves Anthony Elonis, who in 2010 posted several violent Facebook updates regarding his wife and coworkers. Many of the update were written as rap lyrics, which Elonis says were meant to be therapeutic and not intended as threats. Elonis' wife eventually acquired a civil order to protect herself.

Elonis was later arrested by the FBI after continuing to post violent status updates. Elonis defense argues that since the updates were public and not sent directly to his wife (who is not his Facebook friend) they shouldn't be considered threats.

As our friends at Engadget put it, "regardless of how the court finds, the decision will have widespread implications for free speech, cyber bullying and the internet in general."

Remember Google's goofy Pokémon themed April Fools' Day gag? The search giant challenged would-be Pokémon Masters with the task of catching 'em all inside of the iOS and Android versions of Google Maps. The winner of the challenge would go on to become a Google employee with the official title of Pokémon Master. Well, it turns out that people really did manage to catch them all, and now Google is mailing out (fake) business cards to those that did. The Powerpuff Girls are coming back, y'all. The series is planned for a reboot on Cartoon Network in 2016. Maniacal talking chimps are greatly displeased.

UK gets a new Guardians of the Galaxy trailer

Dude, that raccoon is talking, and it totally sounds like Bradley Cooper.

Mark Ruffalo's timid-on-the-outside, always-angry-on-the-inside Bruce Banner might get a shot at new, standalone Incredible Hulk movie – heavy emphasis on "might." Speaking to Digital Spy, Ruffalo said that Marvel, previously adamant that there wouldn't be a new Hulk movie, could be changing its tune. "When we did Avengers 1, it was basically, 'no.' And now I think there's some consideration for it." Consideration is about all there is, apparently, as Ruffalo says there's currently "not even a skeletal version of what it would be."

Game of Thrones' Jason Momoa could be Aquaman in Batman vs. Superman

You may know him better as Khal Drogo. He'd look good with a trident, right?

There's a lot of fascinating technical talk about how it was done (and it's worth reading), but the long and short of it is that some sort of wizard got full motion video running on an IBM PC from 1981. Enjoy.

In this article: barely-related, batman-vs-superman, guardians-of-the-galaxy, hulk, incredible-hulk, pokemon, powerpuff-girls, starbucks
All products recommended by Engadget are selected by our editorial team, independent of our parent company. Some of our stories include affiliate links. If you buy something through one of these links, we may earn an affiliate commission.