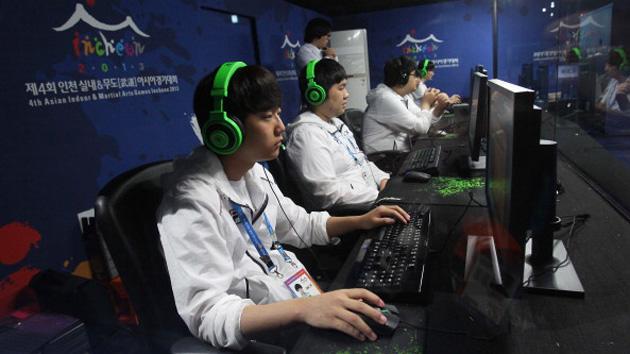 South Korea takes gaming more seriously than most other counties: eSports tournaments air on TV, game-friendly cafes are everywhere and StarCraft is practically a cultural institution. However, there's a concern that some are taking it too seriously, to the point that they're putting lives (including their own) at risk. To that end, the Democratic Party of Korea recently hosted a debate regarding a proposed game addiction law that would regulate video games as addictive substances, much like alcohol or drugs. The government, industry figures and professors discussed whether or not the law would fight addiction or risk backfiring.

There are already some anti-addiction measures in place; in addition to voluntary restrictions, Korea has a Shutdown Law that prevents anyone under 16 from playing between midnight and 6AM. With that said, multiple people at the panel argued that classifying games as addictive substances would take things too far. Many think of gaming as art, and regulating it could be considered an attack on both free speech and economic growth.

Educators and game industry advocates also contended that addictive behavior was more the symptom of cultural problems than the fault of games. Students don't have much free time in the country, and they frequently use games to cope with school-related stress. As previous studies have suggested, addiction is more likely to reflect existing mental health issues than spring from the games themselves. Outside of that, parental influence is a key factor. A broken home, or parents who just don't understand gaming, may lead to imbalanced children who don't know when to stop playing and start interacting with other people.

The debate isn't necessarily going to dissuade politicians from pushing the addiction law through. However, it suggests that they may be reacting more to fears and stigmas than the on-the-ground reality. The legal restrictions could be useful as a form of large-scale experiment in fighting compulsive behavior, but the critics believe that it's smarter to get parents playing a bigger role in their kids' lives.

In this article: addiction, gameaddiction, gameaddictionlaw, gaming, korea, law, regulation, southkorea, videogames
All products recommended by Engadget are selected by our editorial team, independent of our parent company. Some of our stories include affiliate links. If you buy something through one of these links, we may earn an affiliate commission.