California will require zero-emissions buses by 2040 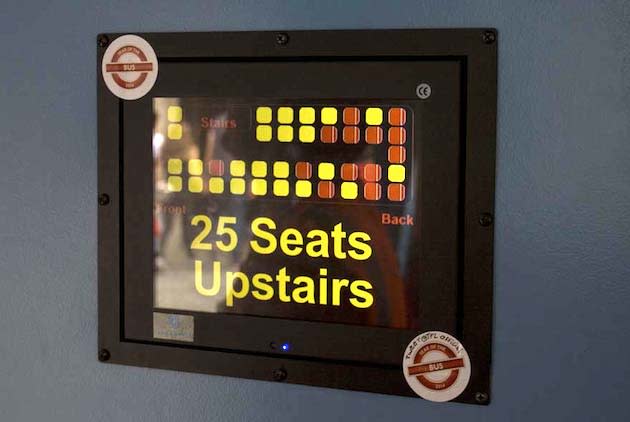 Struggling to the top deck of a moving bus only to find it full can be a bit embarrassing, but Transport for London is considering new technology to help spare your blushes. As seen by London blogger Ian Mansfield, TfL are trialling screens that display seat availability on the upper deck, as well as ones that show the current position of the bus while displaying the names, locations and expected arrival times of future stops on a real-time map. The seat map apparently doesn't use sensors installed in the chairs, but the existing CCTV cameras to work out capacity. Such features will obviously favour tourists trying to make their way around London, but also those who don't want to be glued to their phone for travel updates. To assist commuters, TfL also ties in travel alerts into its map guide, letting you know if a nearby Tube stop has any issues before you jump off the bus.

In this article: buses, london, map, seating, tfl, transport for london
All products recommended by Engadget are selected by our editorial team, independent of our parent company. Some of our stories include affiliate links. If you buy something through one of these links, we may earn an affiliate commission.