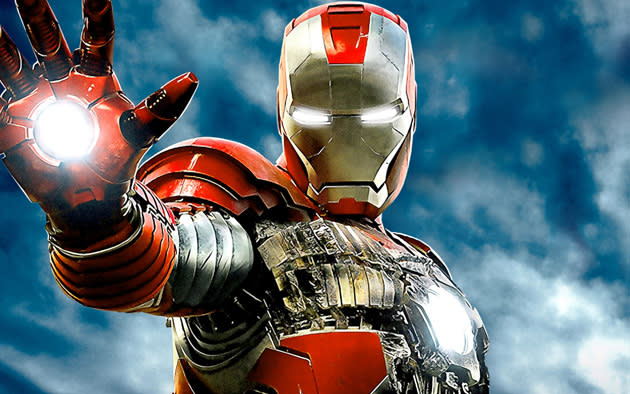 The US hasn't had much success building mechanized battle suits that move quickly and stop bullets, but Hollywood has been dreaming up these concepts for years. Don't they already know a thing or two about designing high-tech armor? Apparently, the US military thinks so -- it's enlisting the help of Legacy Effects, which has built suits for Iron Man and RoboCop, to shape its TALOS (Tactical Assault Light Operator Suit) project. The company is both designing and 3D printing prototype pieces that will give a feel for what the armor is like in the real world.

Of course, the result won't be anywhere near as slick as what Alex Murphy or Tony Stark wears in the movies. Legacy Effects is bound by the limitations of modern technology, which will likely make this early suit very clunky; think of the makeshift suit near the start of the original Iron Man. Ekso Bionics is hoping to develop a powered exoskeleton, but it could be both heavy (around 400 pounds) and power-hungry. It may end up using a drone engine for power rather than an array of batteries. A Canadian firm, Mawashi Protective Clothing, is developing an unpowered substitute inspired by the natural protection of armadillos and insects.

The US doesn't expect a fully functioning, independent suit until July 2018, and that's assuming there are no big setbacks. However, it believes that the time and expense (estimated at $80 million) will be worth the effort. Soldiers only have so much protection with current armor, and they frequently shoulder heavy loads that slow them down. TALOS may never have sci-fi features like flight or repulsor weapons, but it could both save lives and help troops get around war zones with more agility than a vehicle allows.

In this article: 3dprinting, armor, eksobionics, exoskeleton, ironman, legacyeffects, mawashiprotectiveclothing, military, revisionmilitary, soldier, suit, talos, wargadget, wearable
All products recommended by Engadget are selected by our editorial team, independent of our parent company. Some of our stories include affiliate links. If you buy something through one of these links, we may earn an affiliate commission.