Alphabet’s Wing will offer drone deliveries in Helsinki next month

Hyperloop One 'proves' it's cheaper than high-speed rail 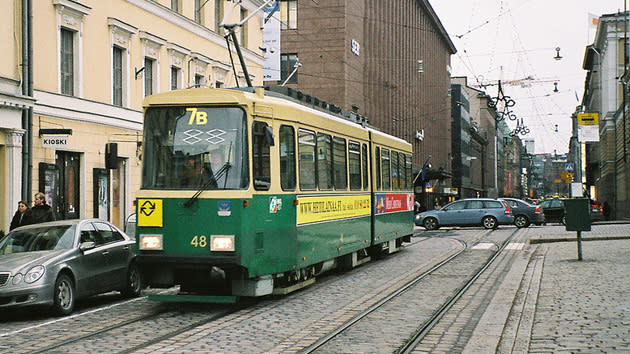 Navigation apps can tell you how to get across town using only public transportation, but they don't make it a seamless experience. Wouldn't it be nice if you could pay for bikes, buses and trains from a single app? If Helsinki has its way, you might. The Finnish city plans to test a transportation mesh that will not only show you how to get from point A to point B using multiple public methods, but let you pay for it all in one shot through software or a website. A few companies will help launch the trial run in the Vallila neighborhood around the end of the year, with expansions to other areas over time.

As a city-commissioned study notes, that kind of tech-savvy integration could be necessary to keep up with demand. Younger locals don't dream of owning cars like they once did, so there's likely to be much more strain in the future. It might not be easy to implement. There are concerns that a unified system would need more competition, and that providers would have to use flexible rates (like Uber's surge pricing) to prevent commuters from overwhelming any one transportation method. All that effort could be worth it, however, since it could reduce traffic congestion and pollution -- not to mention save travelers some cash.

In this article: helsinki, internet, masstransit, mobilepostcross, PublicTransportation, transportation
All products recommended by Engadget are selected by our editorial team, independent of our parent company. Some of our stories include affiliate links. If you buy something through one of these links, we may earn an affiliate commission.