Apple, Samsung and Sony linked to child labor in Africa 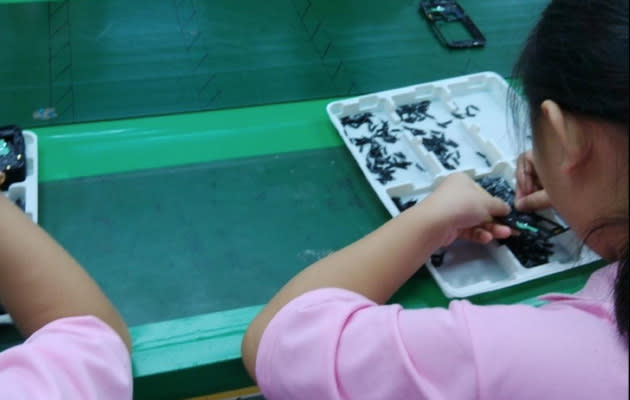 Samsung has announced that it has suspended dealings with one of its manufacturing partners after an activist organization found "serious and persistent" labor violations at a facility in China. China Labor Watch investigated Dongyang Shinyang Electronics and found multiple instances where at least three underage girls were hired to work 12-hour shifts making parts for Samsung's phones. The report also alleges more widespread issues at the factory, including a lack of safety training or equipment, refusing to hire male workers and forcing employees to work up to 120 hours of overtime -- more than three times the legal limit.

Samsung has issued a public statement saying that it will no longer source parts from the factory pending a full investigation. For its part, Dongyang Shinyang claims that a local employment agency is responsible for hiring its personnel, and would have intervened if they "had any idea what was going on." For now, however, Chinese authorities are involved, and if the claims are found to be true, then Samsung will sever ties with its former partner for good.

In this article: Child Labor, ChinaLaborWatch, Dongyang Shinyang Electronics, Samsung
All products recommended by Engadget are selected by our editorial team, independent of our parent company. Some of our stories include affiliate links. If you buy something through one of these links, we may earn an affiliate commission.