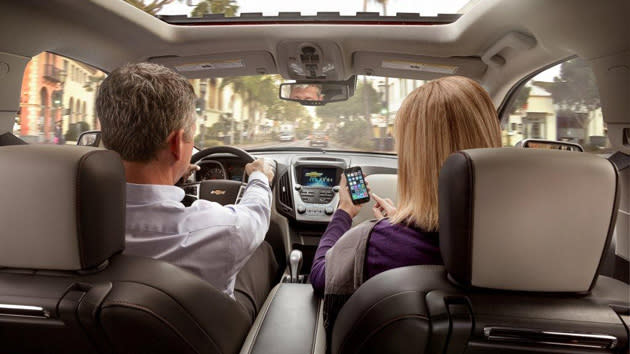 Voice control is easy to find in cars, but it's not always intuitive. You often have to use specific syntax, which might be hard to remember when you're barreling down the highway. GM may have a smarter approach in store, though. The Wall Street Journal understands that the automaker is working with machine learning firm VocalIQ on an "advanced voice-control system" that would let you control navigation, wipers and other car components in a more intuitive way.

While the exact nature of the system is under wraps, VocalIQ says that it's working on automotive voice recognition that would learn the driver's intentions and vocabulary over time; you might not have to guess the magic words that lower the temperature. The two companies haven't forged an agreement, so you shouldn't expect a fully speech-savvy Buick or Chevy just yet. However, GM's Gil Golan is already waxing poetic about the potential. He sees in-car voice getting closer to natural language systems like Cortana, Google voice search or Siri -- instead of barking orders to your car, you'll hold a conversation.

In this article: buick, car, chevrolet, chevy, gm, machinelearning, speech, speechrecognition, transportation, vocaliq, voice, voicecontrol, voicerecognition
All products recommended by Engadget are selected by our editorial team, independent of our parent company. Some of our stories include affiliate links. If you buy something through one of these links, we may earn an affiliate commission.