Sleevenote is a high-res music player designed for album art 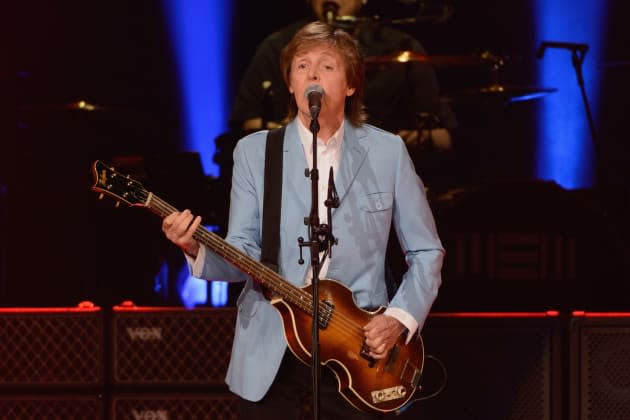 Paul McCartney went through a rift with streaming services, but the former Beatle has been always been keen to keep his albums available on iTunes. Now, Sir Paul is following a growing trend for releases and reissues: apps. Five of McCartney's classic albums (Band on the Run, McCartney, McCartney II, RAM and Wings over America) are now available as iPad apps, complete with bonus material. On top of the extra videos, photos, interviews and remastered tracks, the standalone downloads are priced at $7.99 -- $5 less than the regular deluxe versions. Of course, you'll have to contend with streaming the tracks through each app rather than hopping around the complete set in your mobile library. The move is nothing new though, as Lady Gaga, Björk and others have taken a similar route with companion software and added content. It's no secret that artists are having a hard time paying the bills from record sales, so packaging music as paid apps seems a tactic to fill the void.

In this article: album, app, ios, ipad, itunes, paulmccartney
All products recommended by Engadget are selected by our editorial team, independent of our parent company. Some of our stories include affiliate links. If you buy something through one of these links, we may earn an affiliate commission.