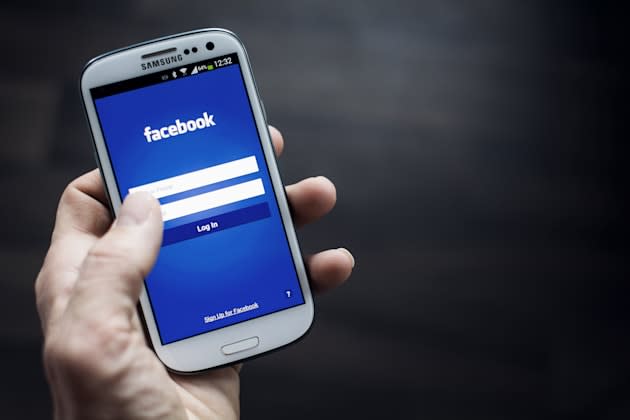 Facebook Home, the lock-screen replacement that changed any Android handset into a "Facebook phone," wasn't as popular as CEO Mark Zuckerberg had hoped. Fortunately, however, its other mobile efforts have proved tremendously successful. Continuing on their success in the mobile space, the social networking giant's second quarterly results reported around 1.07 billion active mobile users a month as of June 30th, which is an increase of 31 percent compared to last year and a slight climb over last quarter. What's particularly notable is that of the $2.68 billion the company made from advertising this quarter (it made a tidy sum of $2.91 billion overall), 62 percent of it came from mobile ads. That's definitely higher than the 41 percent it made from mobile ads this time last year, and is on trend with what we saw earlier this April.

And don't expect the advertising push to slow down either. In the earnings call, COO Sheryl Sandberg mentioned that video ads, which Facebook has just started rolling out, have been doing quite well. Indeed, the company is looking to leverage its recent acquisition of LiveRail to further those video ad efforts on Facebook and elsewhere. The recent launch of Facebook's Audience Network, which will allow developers to make money using Facebook's mobile network, will also likely contribute to the company's revenue coffers in the coming months. In regards to the recent implementation of the "Buy" button on a few ads, Sandberg says that is still in its early days and that it simply streamlines the process of buying -- none of that sales money actually goes to Facebook itself.

As for other apps like Messenger, Instagram and even Whatsapp, the firm is still focused on building them up before thinking revenue. However, Zuckerberg did allude that Messenger in particular could have "some overlap" with payments over time, and might provide some clues as to why it hired David Marcus from Paypal to head up its messaging efforts. Still, Zuckerberg says that's probably a long ways off, adding that the current status of Messenger is where Facebook itself was back in 2006. Creative Labs apps like Paper and Slingshot were not mentioned in the call, but we're assuming they're part of the company's long-term plans as well.

Finally, Zuckerberg did have something to say about the Oculus acquisition that closed just a few days ago. "This hits on a different part of our strategy," he says, pointing out that it'll likely take years before the deal turns a profit. "I always say some of the stuff we talk about is further out than you think, and this stuff is even further out than that."

In this article: facebook, internet, mobile
All products recommended by Engadget are selected by our editorial team, independent of our parent company. Some of our stories include affiliate links. If you buy something through one of these links, we may earn an affiliate commission.