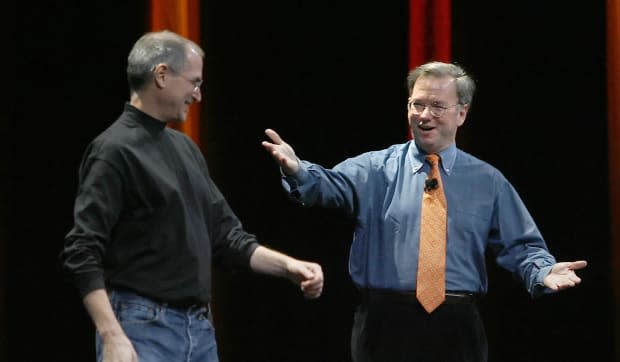 Remember the class-action lawsuit that Adobe, Apple and Google faced over no-hiring deals? Well, it turns out that the $324.5 million settlement the trio reached isn't going to be honored by the judge. As The New York Times reports, judge Lucy H. Koh has rejected the low-ball figure because, among other reasons, it reeks of an "overarching conspiracy." Koh notes that there's ample evidence to support this and that late Apple CEO Steve Jobs may even have been the prime suspect in said conspiracy. According to the San Jose Mercury News, Koh says affected employees would receive a proportionally lesser amount than those who were involved with last year's $20 million case against Lucasfilm, Intuit and Pixar. After the lawyers take their as-much-as $81 million cut, the left-over tally would apparently only leave a couple of thousand dollars per plaintiff according to NYT. Unless the Silicon Valley companies involved can come up with an amount that seems more reasonable to the judge (the initial employee-proposed amount was $3 billion), the trial will move forward come this September 10th.

In this article: adobe, antipoaching, apple, ClassAction, conspiracy, google, lawsuit, policy, siliconvalley
All products recommended by Engadget are selected by our editorial team, independent of our parent company. Some of our stories include affiliate links. If you buy something through one of these links, we may earn an affiliate commission.