PayPal and Coinbase are partnering to enable Bitcoin payments

PayPal's One Touch wants to power your in-app mobile purchases 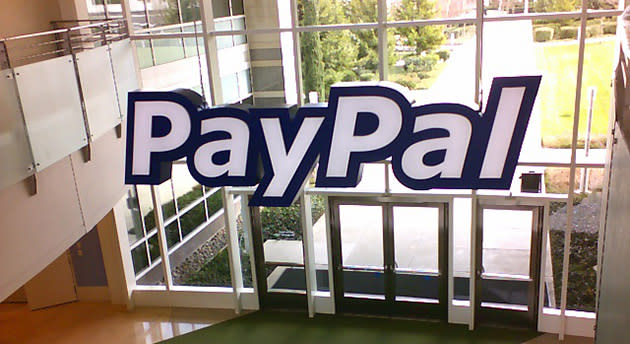 It's a pretty common thing to see in an online store: pay with PayPal -- but what about on mobile devices? Well, the eBay-owned company is working on that. The company just announced PayPal One Touch, a new system that (as the name implies) hopes to make paying of items in mobile apps a one-touch affair. The feature isn't an app itself, but rather a service that can be embedded in other apps. Users will log into their PayPal account one time, and subsequently be able to pay for products in supported apps with a single click.

If One Touch sounds familiar, that's because it is: Braintree, a company acquired by PayPal last year, runs a similar service called Venmo Touch -- though its reach isn't very wide. Braintree says Venmo Touch isn't going away, but that consumers will have a choice over which payment platform to use. That said, consumers are far more familiar with the PayPal brand. The company didn't say when One Touch would launch, but developers can already sign up for the beta.

In this article: braintree, ebay, mobilepayments, onetouch, paypal, paypalonetouch
All products recommended by Engadget are selected by our editorial team, independent of our parent company. Some of our stories include affiliate links. If you buy something through one of these links, we may earn an affiliate commission.