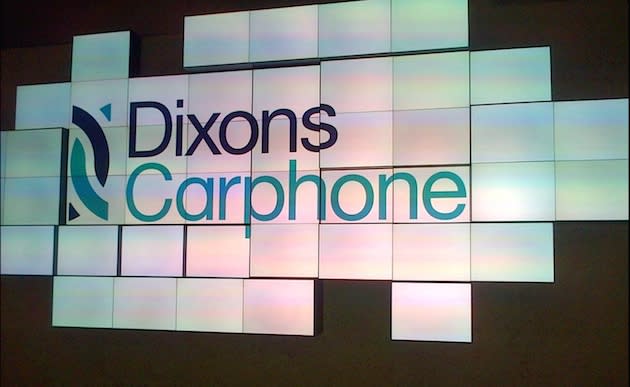 Dixons Carphone is only (officially) a month old, but it's already dealt a huge blow to one of its rivals. In its battle to provide UK consumers with the best value smartphone deals, the newly-formed company today announced that it's signed an "enhanced" sales agreement with Vodafone, sticking another nail in the coffin of rival high street retailer Phones4u in the process. You see, while Carphone Warehouse customers will soon enjoy a greater choice of contracts and pay-as-you-go SIMs, Vodafone has also chosen not to renew its network agreement with Phones4u, which expires in February. The carrier follows O2 and Three in moving away from the retailer, meaning it'll soon offer just EE and Virgin Mobile deals in-store and online. It could get even worse if EE decides to go it alone, but it hasn't yet confirmed that it will, ensuring Phones4u has at least one big name network on its books while it attempts to grow its own.

In this article: carphone warehouse, cpw, dixons cartphone, mobilepostcross, phones4u, uk-feature, vodafone
All products recommended by Engadget are selected by our editorial team, independent of our parent company. Some of our stories include affiliate links. If you buy something through one of these links, we may earn an affiliate commission.