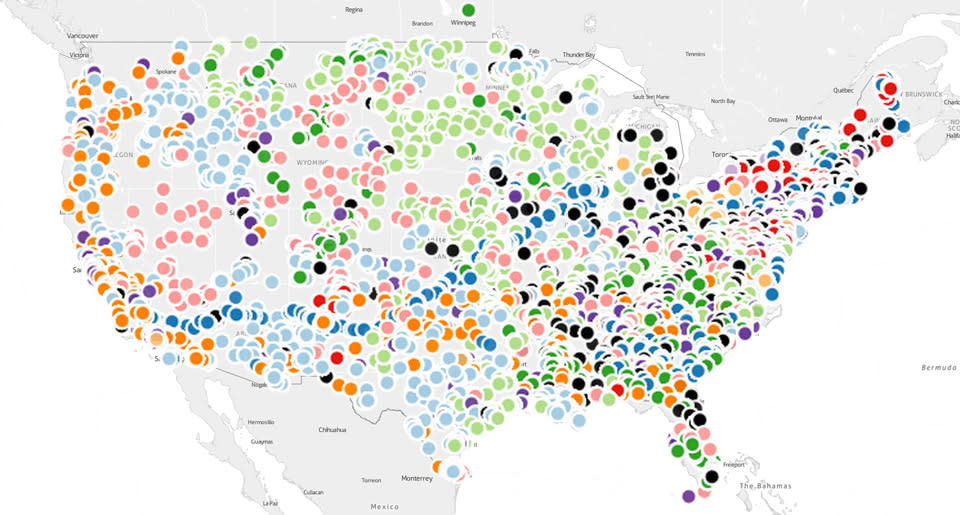 Imagine today's government backing a program to document the plight of modern day farmers. Many might malign such use of resources, or the value of the endeavor. But, that's exactly what the Farm Security Administration did between 1935 and 1944 (i.e. the great depression). Photographers were distributed across the land, and negatives sent back to Washington. Of the estimated 170,000 shots taken, around 88,000 were developed and manually classified (remember that next time you moan about corrupt EXIF data). The collection has since been digitized, along with the manually-taken data for each picture, which a team at Yale has now used to create an interactive map. The wonder of modern technology means you can see where, and by whom, every picture was taken right from the comfort of your den. A sober reminder of what different times we live in. Probably a few years later than planned, but the Internet finally provides the perfect way to complete the FSA's original goal of "introducing America to Americans."

In this article: greatdepression, interactive map, photo, yale
All products recommended by Engadget are selected by our editorial team, independent of our parent company. Some of our stories include affiliate links. If you buy something through one of these links, we may earn an affiliate commission.