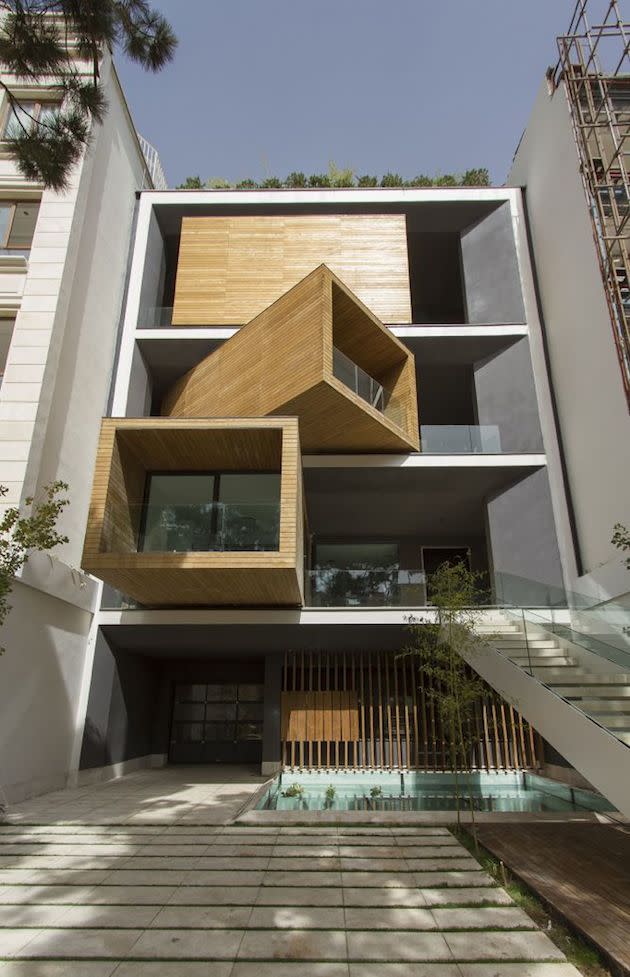 It would seem that when Iran isn't busy putting the kibosh down on social media, its architects are designing some pretty crazy ways to beat the weather. Case in point: a seven-floor house in Tehran with three rectangular rooms that can rotate up to 90 degrees in accordance with the season. As Slate tells it, the design was inspired by Iranian mansions of yore that had separate living rooms for both summer and winter. When extended outward, the spaces offer each floor its own terrace. Besides being one hell of a bragging right for its homeowner, the rooms serve a functional purpose as well: the lowest is a breakfast area, the middle a home office and the top was planned as a guest room. How's it all work? Custom CNC-machined mechanisms that function a lot like the turntables used at auto shows do the heavy lifting... err, turning. This isn't the firm's first project to push architectural boundaries, either -- it's also done some bananas design on a house with curved concrete façades and interiors.

In this article: architecture, CNC, design, iran, nextoffice, tehran
All products recommended by Engadget are selected by our editorial team, independent of our parent company. Some of our stories include affiliate links. If you buy something through one of these links, we may earn an affiliate commission.