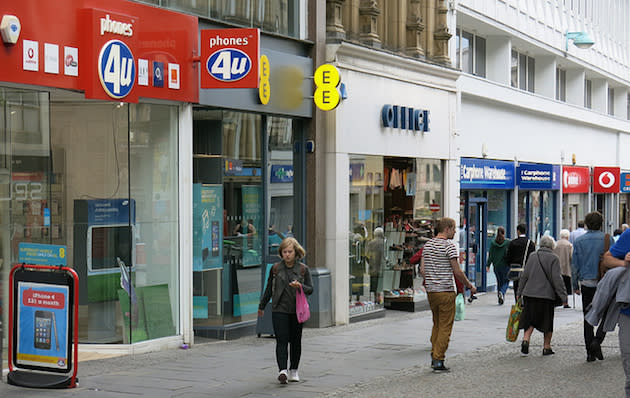 In a perfect world, mobile operators would pool all of their network resources to allow Britons to make calls in the remotest parts of the country. The government wants to make it happen, but operators aren't so keen on the idea. According to the Financial Times, Ed Vaizey, the UK's digital czar, sent letters to carriers in an attempt to reach an accord over "national roaming" plans, but mobile bosses rejected the idea because it gave them nothing in return and they couldn't implement a solution by the start of next year. It shouldn't come as a surprise: the carriers voiced their opposition when Culture Secretary Sajid Javid first mooted the idea, suggesting it would slow network expansions and could see extra costs passed on to bill payers. The government could bully carriers into playing ball by using existing legislation, but for now it's putting the ball in their court. They'll now have to come up with their own ways to rid the country of "not spots", or possibly face having their hand forced.

In this article: mobilepostcross, uk-feature
All products recommended by Engadget are selected by our editorial team, independent of our parent company. Some of our stories include affiliate links. If you buy something through one of these links, we may earn an affiliate commission.