Archaeologists map an ancient Roman city without any digging

Hitting the Books: Searching for ancient cities from space

Ancient city's LiDAR scans reveal as many buildings as Manhattan 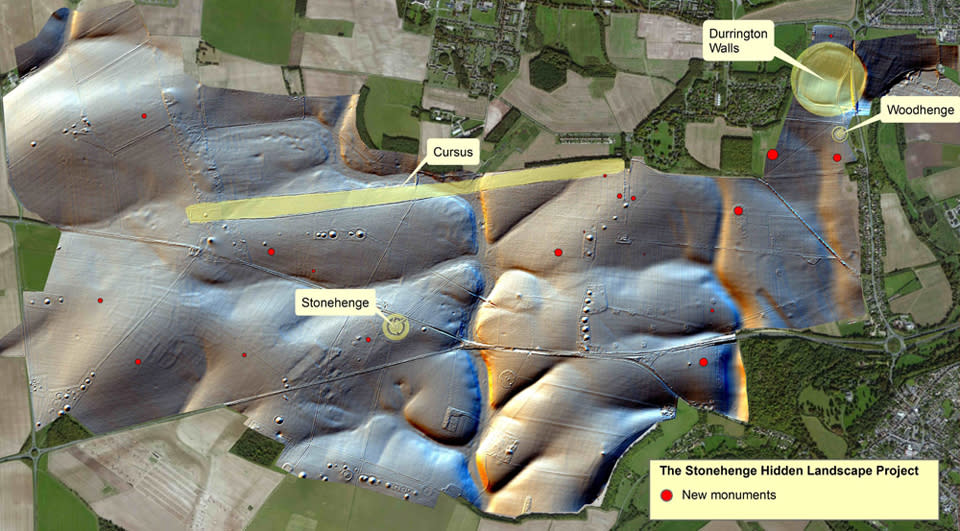 You may already know that Stonehenge is just one part of a larger group of monuments, but digital mapping has made it clear that there's even more to the landscape than meets the eye. The Stonehenge Hidden Landscapes Project has used a mix of geophysical surveys and remote sensing technology to uncover not just 17 hidden ruins, but more details about locations that have already been explored to death. They've revealed a previously unknown early version of the Durrington Walls, for instance. Archaeologists will have to do some old-fashioned digging to know the full extent of what they found, but it's already evident that England's ancient architecture changed dramatically over the centuries.

In this article: archaeology, geophysics, map, maps, remotesensing, ruins, stonehenge, stonehengehiddenlandscapesproject
All products recommended by Engadget are selected by our editorial team, independent of our parent company. Some of our stories include affiliate links. If you buy something through one of these links, we may earn an affiliate commission.