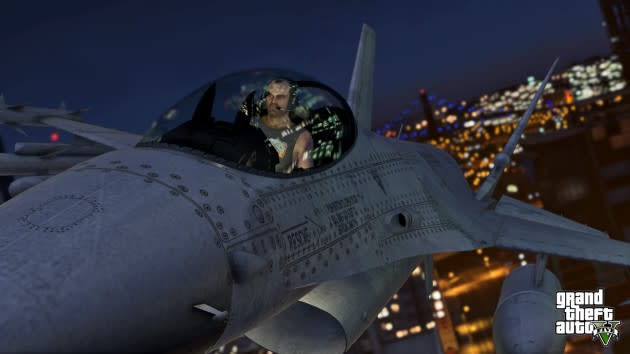 Great news next-gen (well, guess that would be "current-gen" now, wouldn't it) console owners -- you'll be able to snag Grand Theft Auto V for either the PlayStation 4 or Xbox One on November 18th. Along with the usual slew of graphical improvements, the enhanced version of GTA will feature new weapons, vehicles, activities and mani interesting furry animals. Not to mention new songs, denser traffic and a completely new foliage system! PC players will get all the same perks, but they'll sadly have to wait until January 27th of 2015 to get their hands on it. On the plus side, if you already own GTA V for Xbox 360 or PS3 you can easily transfer your online character.

In this article: GrandTheftAuto5, GrandTheftAutoV, gta, GtaV, hdpostcross, PC, Playstation4, ps4, RockStar, RockstarGames, video, XboxOne
All products recommended by Engadget are selected by our editorial team, independent of our parent company. Some of our stories include affiliate links. If you buy something through one of these links, we may earn an affiliate commission.