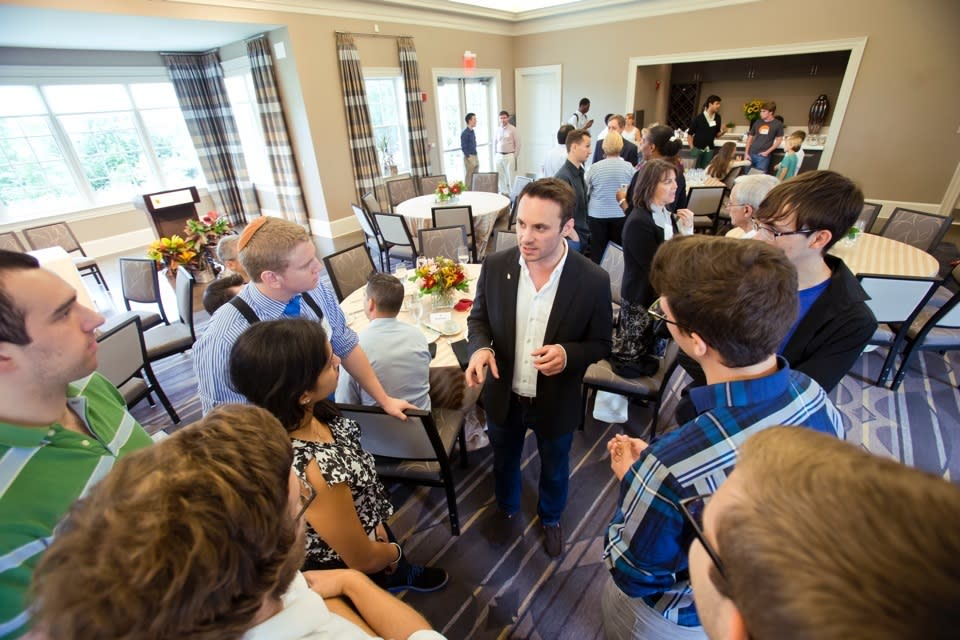 New York City is a town of names: Rockefeller, Astor, Trump. Legacies of the vast wealth held by dynastic families in early 20th century New York City. America's college campuses are littered with the same convention; wealthy alumni donate large sums to expand a university, and subsequently name that expansion after themselves. The University of Maryland, for instance, is getting a $35 million computer science wing from two of Oculus VR's co-founders. And what's it named? "The Brendan Iribe Center for Computer Science and Innovation," apparently, after Oculus VR CEO Brendan Iribe. Oculus chief software architect (and co-founder) Michael Antonov is footing another $4 million.

The new facility is planned to "feature state-of-the-art maker spaces," says UMD's Jayanth Banavar. Iribe describes it as, "designed for hackers, makers and engineers, which will help give rise to future breakthroughs, products and startups that will transform the way we live and interact with the world around us." More bluntly, the space is being built to educate the next generation of virtual reality and other future computing platforms. "This gift positions Maryland to be one of the leading institutions for virtual reality in the world," Iribe says.

And yes, your guess is at least partially right: Iribe has that kind of money to throw around because the company he most recently co-founded was purchased by Facebook for $2 billion. But his gigs before Oculus were similarly lucrative. First, Iribe co-founded Scaleform with Antonov, which sold to Autodesk for $36 million in 2011. Then, he worked as chief product officer at Gaikai before it was sold to Sony for $380 million. And now he's CEO of Oculus. Not a bad run!

So, why the University of Maryland? It's where Iribe and Antonov met, as well as their alma mater. It's also what Iribe calls "the beginning of a long-term commitment toward transforming education"; not the first we've heard from him on the subject. Iribe's mother is even in on the donating, adding another $3 million on top of Iribe and Antonov's $35 million to establish two leadership positions for the new computer science wing.

UMD says the center will specifically target research in "virtual reality, augmented reality, artificial intelligence, robotics, computer vision and human interaction." In so many words, it's an attempt to build out education in burgeoning engineering fields. And that whole "getting your name on a building" thing doesn't hurt either.

There's a video with Iribe and UMD folks right here, if you're into that kinda thing.

In this article: brendaniribe, computerscience, education, facebook, hdpostcross, mobilepostcross, oculusrift, oculusvr, universityofmaryland
All products recommended by Engadget are selected by our editorial team, independent of our parent company. Some of our stories include affiliate links. If you buy something through one of these links, we may earn an affiliate commission.