Nikon is making its high-end DSLRs much better at video

Nikon's mid-range D750 DSLR acts pricier than it actually is 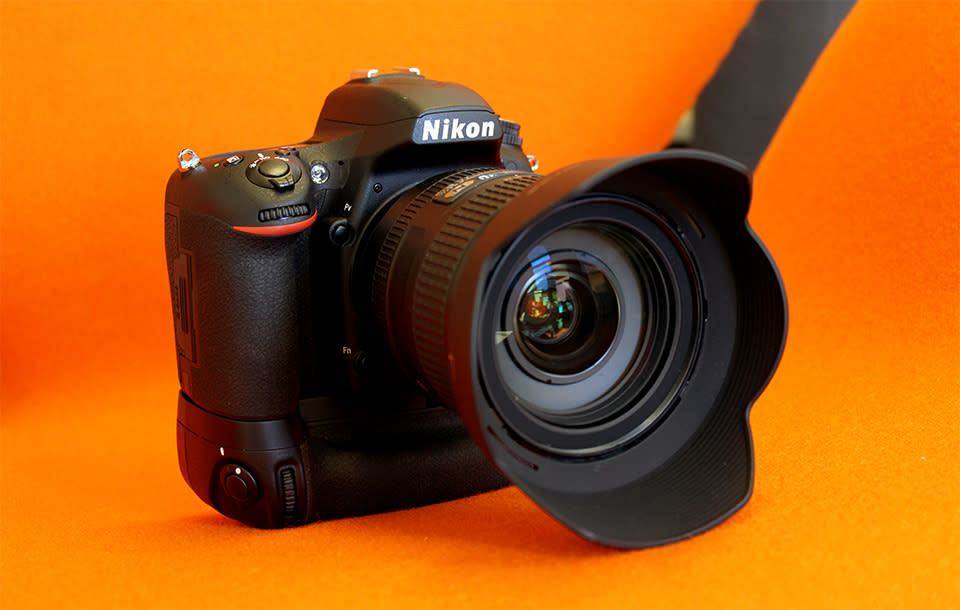 I first cut my teeth on a Nikon D40, but I've spent the past few years picking the up basics of photography with a handful of Canon SLRs. I'm not great by any stretch, but I've got just enough experience under my belt that I'm itching to trade in my more basic gear for something with a bit more oomph... which makes me the sort of person Nikon had in mind when it started putting together its new D750. We've covered the basics here, but let's dig a little more into what it's like to use the thing.

Here's what you've got to remember about the D750: in many ways, it's a mash-up of the year-old D610 and the newly released D810. The $2,300 body pairs a 24.9-megapixel full-frame sensor and dual SD card slots we saw in the D610 with the Expeed 4 image processor, metering system and 51-point autofocus sensor from the D810 (though that last one was refined to work better in super low-light situations). The control layout 'round the back is near identical to the D610, too, but there are some physical differences worth pointing out. Considering what Nikon has squeezed into the D750 (like built-in WiFi and a flip-up 3.2-inch LCD screen) it's a surprise the 750 is as handy as it is. The grip is deeper and more comfortable than I'm used to, mostly because Nikon says they've shuffled around the sensor stack and internals to make the body thinner. Pair that with a weather-sealed body made of magnesium and carbon fiber (what is this, a car?) and you've got a surprisingly airy piece of kit to tote around, even when you've got a battery grip slapped on the bottom of it like I did.

Nikon staffers let me throw a NIKKOR 20mm f/1.8G ED lens ($800 when it launches in October) onto the body, and performance was snappy and responsive. Pressing the shutter button triggers with the hearty, resounding thunk, and Nikon says you should be able to just north of 1,200 shots out of the D750 on a single charge. We'll see if our experience lives up to that bar when it comes time for a full review. Videographers may get a kick out of the D750, too: it'll shoot up to Full HD and you can tweak your aperture while you record. Alas, we couldn't get any sample images or video, but there's no denying that the D750 is a compelling little package... even if it does seem to make the still-kicking D610 look obsolete. The D750 body will cost only $300 more than the D610 and it's got enough of the high-end D810's neat tricks to make that price difference worth it for plenty of photogs. If you're a Nikon buff itching for a back-up body or something fresh to replace some more amateurish gear, keep an eye out for this thing when it hit store shelves some time in October.

In this article: d750, dslr, hands-on, nikon, NikonD750, photography
All products recommended by Engadget are selected by our editorial team, independent of our parent company. Some of our stories include affiliate links. If you buy something through one of these links, we may earn an affiliate commission.