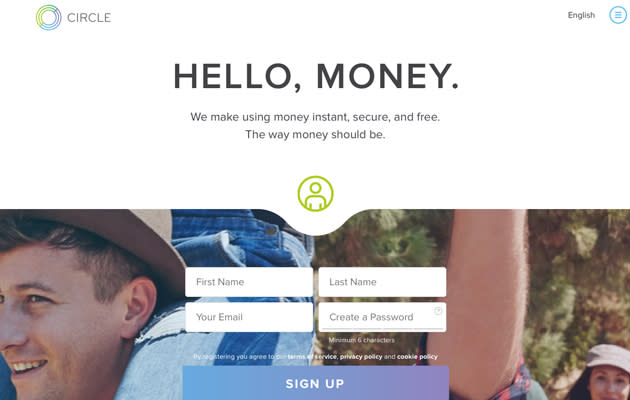 When Circle's Bitcoin bank launched in May, the only way that you could sign up was if you had an invitation. From today, however, the nascent financial institution has opened its doors to everyone in the world. Circle is pitching itself as a legitimate Bitcoin repository, adhering to US anti-money laundering rules, requiring depositors give their real names and insuring all accounts against theft. The outfit is also boasting that it can instantly send cash to friends, family or blackmailers anywhere in the world without transaction fees. In addition to English, the site has launched in six additional languages including Chinese and Portuguese, and the company promises that iOS and Android apps are coming in the near future.

In this article: Bank, Bitcoin, Circle, Worldwide
All products recommended by Engadget are selected by our editorial team, independent of our parent company. Some of our stories include affiliate links. If you buy something through one of these links, we may earn an affiliate commission.