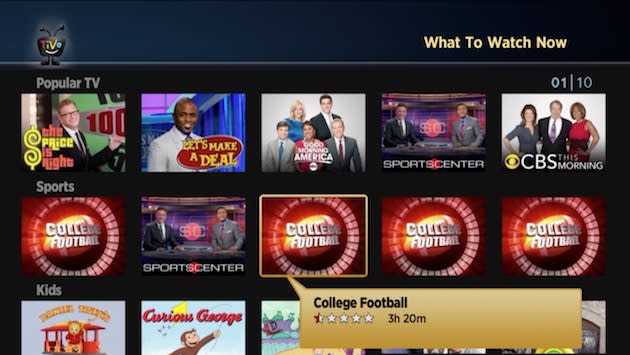 It was nearly a year ago that TiVo brought streaming to its iOS apps, enabling you to watch recorded shows anywhere with a WiFi signal. Eleven months later, and the company has finally added the same functionality for TiVo's Android app. The feature will work on most devices running Android 4.1 or above, but there are a few caveats, like the fact that it won't work on devices with Intel's mobile chips, and you're still at the mercy of whatever copy protection restrictions is placed upon the shows. On the upside, the app will also access content from Hulu Plus, Netflix and Amazon Instant Video - the latter being another service that's belatedly gotten around to adding Android support for its users.

In this article: Amazon Instant Video, Android, hdpostcross, Hulu Plus, Netflix, Roamio, Streaming, TiVo
All products recommended by Engadget are selected by our editorial team, independent of our parent company. Some of our stories include affiliate links. If you buy something through one of these links, we may earn an affiliate commission.