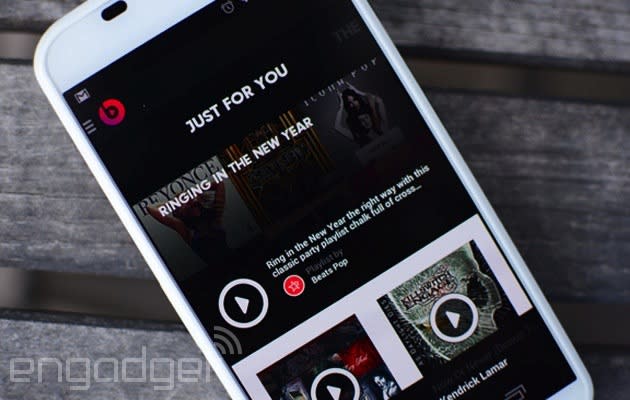 Ten bucks -- that's what many on-demand music streaming services like Rhapsody and Spotify cost per month. But -- according to Recode -- Apple thinks $10 is too damn high, so it's already talking to music labels in an effort to bring Beat Music's price down and entice users to choose it over its rivals. Back when an Apple exec shot down rumors that the company's sunsetting Beats Music, Recode said that while the service will stay, there might be major changes coming -- this cheaper pricing might be one of them. It's now up to Cupertino to convince these corporations (it's reportedly sussing out a new set of rights with music labels, even as you read this) to sign on the dotted line. Unfortunately, you won't be seeing any of these big Beats Music upgrades until next year, so you'll have to pony up a few more $10 bills for now.

In this article: apple, beats, beatsmusic, StreamingRadio
All products recommended by Engadget are selected by our editorial team, independent of our parent company. Some of our stories include affiliate links. If you buy something through one of these links, we may earn an affiliate commission.