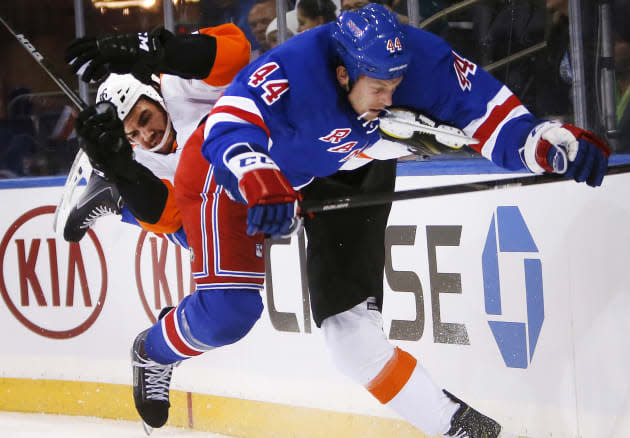 With the beginning of a new season a mere couple of days away, The National Hockey League is putting the final touches on how it's going to deliver digital content to fans worldwide. Accordingly, NHL today released a redesigned version of its mobile app for iOS and Android, featuring an overhauled scoreboard view, more integration with social networks and the addition of real-time video/audio highlights. The NHL application, previously known as NHL GameCenter, also brings redesigned menus that let you view more stuff with less taps, such as breaking news or other popular stories.

NHL GameCenter Live, the league's premium video-streaming service, has been updated too. Watching multiple camera angles is now an option, while the video player's new sidebar will make sure you keep up with stats from other games as they're happening.

Of note, the app doesn't appear to be live on Google Play yet -- but don't worry, it should be arriving any moment.

In this article: Android, hdpostcross, Hockey, iOS, mobilepostcross, National Hockey League, NationalHockeyLeague, NHL, Sports
All products recommended by Engadget are selected by our editorial team, independent of our parent company. Some of our stories include affiliate links. If you buy something through one of these links, we may earn an affiliate commission.