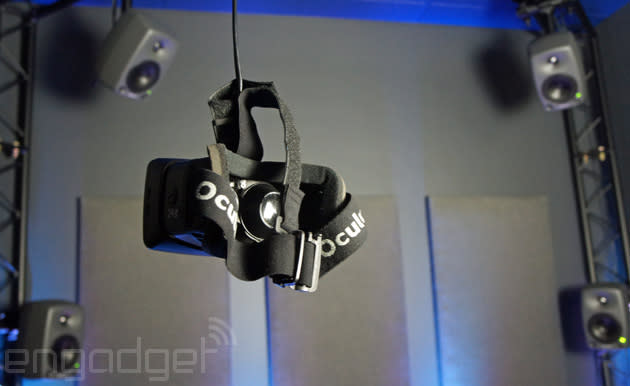 Usually when we talk about virtual reality on Engadget, we talk about it in terms of entertainment, but it's important to remember that the technology can be much more than a mere toy. It's ability to substitute reality for any imaginable experience has been shown to have real, measurable effects on people, to the extent that one developer used it to cure his own diplopia. Popular Science magazine is now asking if the experience is real enough to inflict post-traumatic stress disorder on VR gamers. The short answer is no, probably not -- but virtual reality technology has been used to help treat the disorder.

A project at the University of Southern California has been exploring VR as a form of therapy since about 2005. It's called Virtual Reality Exposure Therapy, and the procedure is apparently effective enough to been adopted by over 60 facilities, including military bases, university centers and VA hospitals. It allows therapists to recreate a trauma in a controlled environment. By leveraging virtual reality headgear (though not specifically the Oculus Rift), directional audio, force feedback and olfactory stimuli, a trained therapist can help patients confront their trauma at their own pace.

Researchers think he system could be used to help prevent trauma as well, and are working on adapting it into a training program for both stress resilience and PTS diagnosis. Of course, if virtual reality is real enough to treat the disorder, could it still cause it? Rizzo doesn't think so. "I think that somebody would have to be psychologically compromised to begin with to mistake the events that go on in the virtual world for real events," he explains. We're betting he hasn't played Alien: Isolation in VR yet.

In this article: health, military, popularscience, ptsd, videogame, virtualreality, vr
All products recommended by Engadget are selected by our editorial team, independent of our parent company. Some of our stories include affiliate links. If you buy something through one of these links, we may earn an affiliate commission.