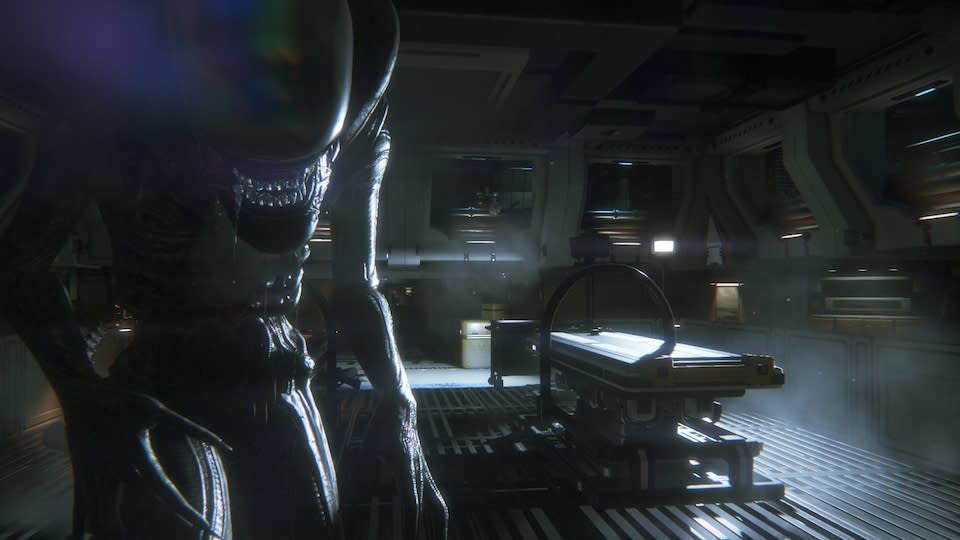 My first experience with Alien: Isolation was in virtual reality at E3 2014, where I was stabbed in the chest (virtually) by said alien. What I'm playing today is the same game -- Alien: Isolation -- sans Oculus Rift headset. Bummer? Kind of, but we're told that the game's pretty good even without virtual reality integration. Joystiq EIC Ludwig Kietzmann calls it, "a trauma machine masquerading as a video game" in his (positive!) review. So, with all that said, please join me below as I try my best not to get murdered by a Xenomorph in Alien: Isolation.

[For the record, I'm playing Alien: Isolation on an Xbox One, using a retail copy (disc) provided by Sega. I'm streaming the game over wired internet using an Elgato Game Capture HD. All that to say, "This game will likely look prettier and run more smoothly on your home equipment. Streaming conditions vary!"]

And now, the stream:

Watch live video from Engadget on Twitch
In this article: alienisolation, hdpostcross, microsoft, playdate, sega, sony, streaming, thecreativeassembly, twitch, video
All products recommended by Engadget are selected by our editorial team, independent of our parent company. Some of our stories include affiliate links. If you buy something through one of these links, we may earn an affiliate commission.