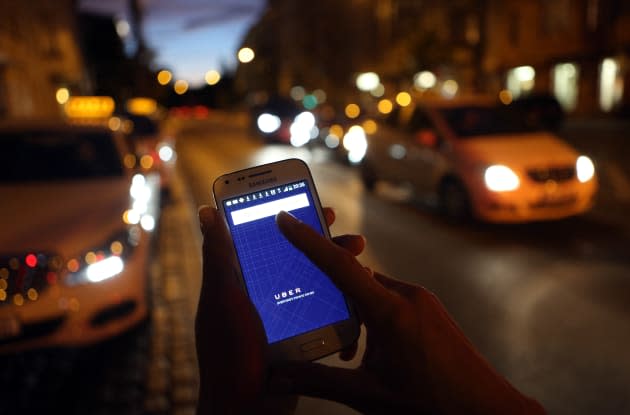 The latest scuffle between Uber and the taxi industry is, as you might expect, a bit one-sided. The Taxicab, Limousine and Paratransit Association (TLPA) trade group recently issued a press release stating that the Better Business Bureau has given Uber an F rating (failing), citing the service's surge pricing and customer complaints regarding difficulties with customer service reps as the main faults. TLPA spokesperson Dave Sutton naturally sees this as leading to the ride-sharing giant's downfall. "Uber's unresponsiveness could easily contribute to or cause the company's next tragedy," he told Bloomberg. What that press release fails to mention, noted by Bloomberg, is that quite a few of the largest cab companies have the same dismal grade with the BBB. In its defense, Uber said that complaints that users make through the app are addressed on a regular basis and that taxi outfits are well-known for not addressing complaints of their own.

In this article: mobilepostcross, policy, ridesharing, taxi, taxicab, taxicablimousineparatransitassociation, tlpa, Uber
All products recommended by Engadget are selected by our editorial team, independent of our parent company. Some of our stories include affiliate links. If you buy something through one of these links, we may earn an affiliate commission.