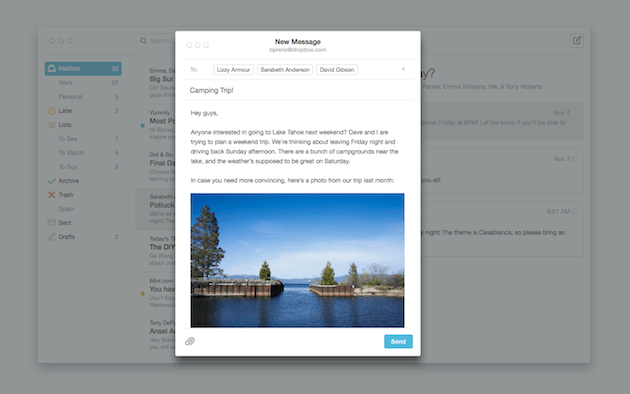 After wrangling email on mobile devices, Dropbox-owned Mailbox moved on to Mac with a limited beta back in August. For folks still waiting to give it a go, the test phase is now open to everyone. There's still no word on when the final version will arrive, but at least the curious can test drive the desktop version's minimal aesthetics, hot keys and snooze feature -- without having to be one of a chosen few. If your Apple machine is running OS X Mavericks or later, you can download the beta version right here. iOS users can also grab an update that enables custom swipes, properly outfits those new iPhones and fixes push notification issues.

In this article: app, email, mac, mailbox, mailboxformac, osx, software
All products recommended by Engadget are selected by our editorial team, independent of our parent company. Some of our stories include affiliate links. If you buy something through one of these links, we may earn an affiliate commission.