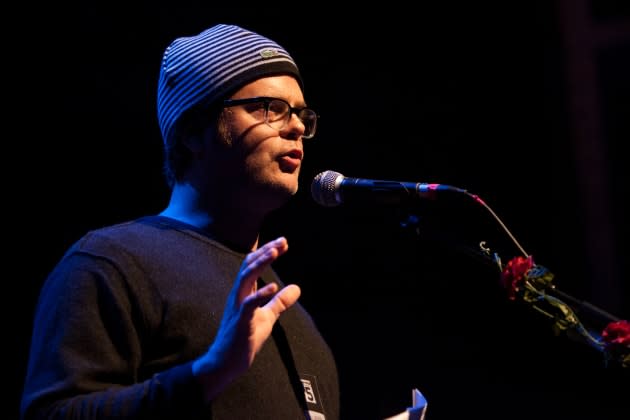 Best known for his roles in The Office and The Rocker, actor-turned-producer Rainn Wilson is reportedly getting ready to bring some of Vine's biggest personalities to TV. According to Deadline, Wilson is set to produce a comedy show called Hollywood and Vine, featuring popular members of Twitter's video-focused social network, like Curtis Lepore, Jerry Purpdrank, Simone Shepherd and a few others. Hollywood and Vine, which is said to be written by Lance Krall (It's Always Sunny in Philadelphia), will be based on following the lives of these Vine personalities as they try to make it into the crazed world that is Hollywood. A co-creator of Soul Pancake, the media company behind characters such as Kid President, Wilson is quite familiar with people who have gained fame thanks to the internet -- now it's just a matter of translating that to TV instead of YouTube.

In this article: Comedy, Curtis Lepore, hdpostcross, Hollywood and Vine, Jerry Purpdrank, Rainn Wilson, RainnWilson, Vine
All products recommended by Engadget are selected by our editorial team, independent of our parent company. Some of our stories include affiliate links. If you buy something through one of these links, we may earn an affiliate commission.