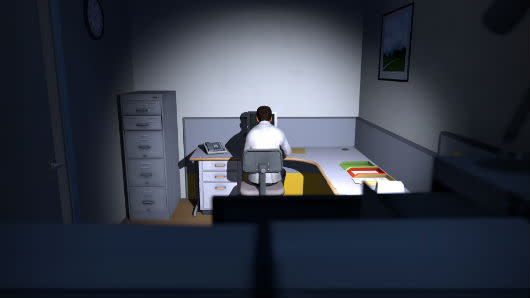 The existential horror of The Stanley Parable has sold over a million copies. The announcement came from Davey Wreden, the architect of Stanley's prison, who spends his days waiting for Godot... and, likely, creating a new game.

Stanley contemplated if this milestone meant that a million people had taken sadistic pleasure in his torture, but he took solace in knowing his pain brought accolades. He observed the virtual trophy on his screen and a sense of serenity washed over him. He struggled with this feeling. Was it complacency or happiness?
In this article: pc, the-stanley-parable
All products recommended by Engadget are selected by our editorial team, independent of our parent company. Some of our stories include affiliate links. If you buy something through one of these links, we may earn an affiliate commission.