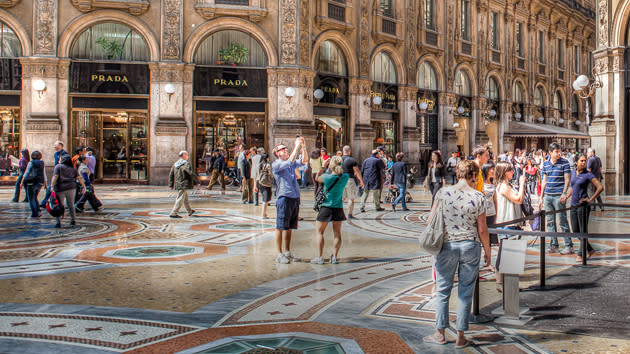 What would you do to stimulate a sluggish economy? Push tourism? Cut taxes? Well, Italy is trying something a little different: free public WiFi. Over 100 legislators have proposed spending €5 million ($6.3 million) over three years to help install gratis hotspots in thousands of locations across the country, including airports, large shopping areas and even courtrooms. Theoretically, the move helps Italy make up for its poor broadband adoption (under 1 percent of residents have service at 30Mbps or faster) by making internet access virtually ubiquitous. It could also help visitors, many of whom would otherwise stay offline during their stays.

It's hard to say if this will work. Just because people can check Facebook in front of the Prada store doesn't mean they'll buy anything, after all. Also, there are all kinds of costs that will determine whether the public WiFi is worth using. The proposal would cover the the initial hardware, but it won't necessarily cover the running costs -- legions of access points won't matter if they're oversaturated or tend to break down. A finished bill isn't expected to go before parliament until mid-2015, however, so it's likely that this wireless networking plan will go through some revisions before it's set in stone.

In this article: economy, europe, hotspot, internet, italy, networking, publicwifi, wifi
All products recommended by Engadget are selected by our editorial team, independent of our parent company. Some of our stories include affiliate links. If you buy something through one of these links, we may earn an affiliate commission.