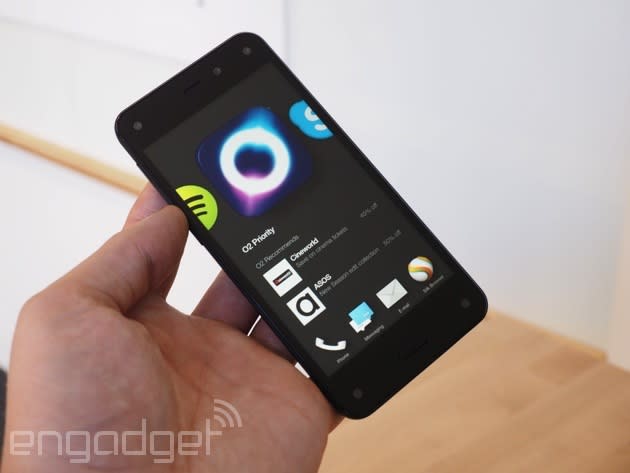 Amazon and O2 obviously established something of a rapport while working together on the UK launch of the Fire phone. Today, the pair solidify their alliance, with Amazon taking on a new role as an O2 contract reseller. The online retail giant spins it a little differently, saying you can now use its site to shop for the latest smartphones on pay-monthly contracts. With only O2 providing the contracts, though, it's six and two threes. Anywho, Amazon's "Phones & Accessories" store has been updated to include these new pay-monthly options alongside the existing SIM-free and pay-as-you-go handsets (which are available through multiple carriers). And to celebrate, several introductory deals are being offered to new and upgrading O2 customers. For a limited time, the Microsoft Lumia 735, Huawei Ascend P7 and HTC One M8 are free on contracts of £15, £20 and £28 per month, respectively. Amazon's also keen to point out you can now buy its Fire phone direct from the source for the first time -- because please buy Fire phone.

In this article: amazon, amazonfirephone, firephone, mobilepostcross, o2, reseller, smartphones, uk-feature
All products recommended by Engadget are selected by our editorial team, independent of our parent company. Some of our stories include affiliate links. If you buy something through one of these links, we may earn an affiliate commission.