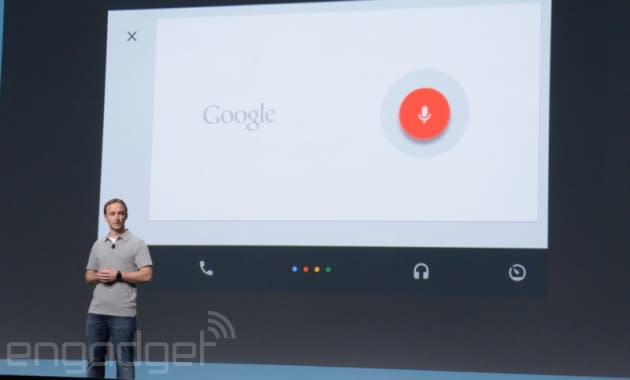 Google wants even third-party Android apps to be able to do searches using "Ok, Google" voice commands, so it's now making it easier for developers to integrate the feature. Now, all devs have to do is add a few lines of code to their AndroidManifest.xml -- they can even copy and paste those lines straight from the company's post in the Android Developers Blog. After that, users can issue vocal commands to make a query (for instance: "Ok Google, search for hotels in Maldives on TripAdvisor") from within the app. They can even do that from any screen on their phones, so long as they activate hot-word detection. Cool, right? Unfortunately, this feature also has limitations: it will only work for folks with phones running Jelly Bean and above, and only for those in English-speaking locales.

In this article: android, google, mobilepostcross, okgoogle, okgoogleeverywhere
All products recommended by Engadget are selected by our editorial team, independent of our parent company. Some of our stories include affiliate links. If you buy something through one of these links, we may earn an affiliate commission.