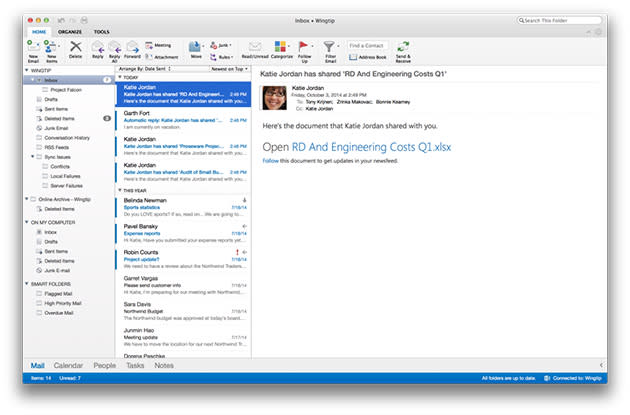 Already using Office 365 on your Mac? Well, if you fancy Microsoft's email software too, you're in luck. The new version of Outlook for Mac is now available to the aforementioned subscribers, and it carries a smattering of new features. Aside from the usual performance boosts, there's a tweaked UI to bolster productivity, online archive support for Exchange searches, Master Category List syncing across platforms and more. In addition to that app, the company also mentioned that it plans to release a public beta for the next version of Office for Mac in early 2015, with the official arrival planned for the second half of the year. And as you might expect, Office 365 customers will get the new goods as part of the paid plan.

In this article: mac, microsoft, office365, outlook, outlookformac, software
All products recommended by Engadget are selected by our editorial team, independent of our parent company. Some of our stories include affiliate links. If you buy something through one of these links, we may earn an affiliate commission.