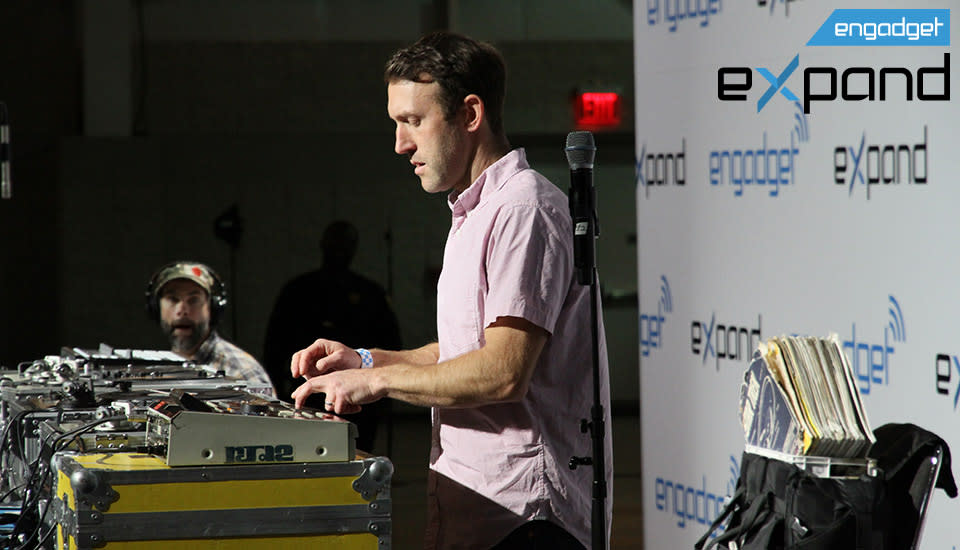 "Basically, I'm here to make records." For a musician who has access to any piece of kit under the sun, producer RJD2 prefers limits to keep him on task musically. Anything else -- restoring old synthesizers or building new ones -- is just a distraction from his actual job. With hard rules in place for what you can or cannot do, ingenuity comes easier. "There's something to be said for an idea that's well discussed in jazz... oftentimes, for me, creativity exists in a threshold you pass where you stop thinking about what you're doing and you just start doing," he said in a fireside chat at Expand New York. "When you work in an environment with limitations, you can reach that creativity faster."

It's an idea stemming from paralysis of choice. Anyone who's scrubbed through their Netflix account is probably familiar with it: looking for something new to watch only to settle on an old favorite instead. That isn't just limited to movies, either -- when there's too much of any one thing it's nigh impossible to do anything. It's these types of limits that've shaped Ramble John Krohn's 15 year career as a producer.

After his first album, 2002's Dead Ringer, was released Krohn knew that the options for making music using bits of other people's tunes would put him in a tight box creatively. "I realized relying on samples to feed the machine wasn't a sustainable way to build a career," he said. That led him down the dark path of gear lust and building a studio full of amps, keyboards and synthesizers to create the types of sounds he'd sample anyway. Which is why 2007's The Third Hand sounds so different from his prior work.

The itch for custom samples can lead one astray, though. Khron said that some DIY synthesizer kits are nothing but a circuit board and bill of materials, leading to experimentation and time-investment that may or may not result in actual sounds or music. "Usually it doesn't and you spend a few days troubleshooting," he said, adding that tinkering with a wonky synth can interfere with actually making music.

Creating something out of nothing has always enchanted him, he said -- but he has to keep that in check as well. "In many ways, it's its own self-contained process and endeavor in the same way that making music is," he said. "Sometimes it's a welcome distraction, others it's not."

In this article: expandny, expandny2014, expandnyc, music, rjd2, Synthesizer
All products recommended by Engadget are selected by our editorial team, independent of our parent company. Some of our stories include affiliate links. If you buy something through one of these links, we may earn an affiliate commission.