Virgin Galactic pilot recounts how he survived being ejected at 50,000 feet 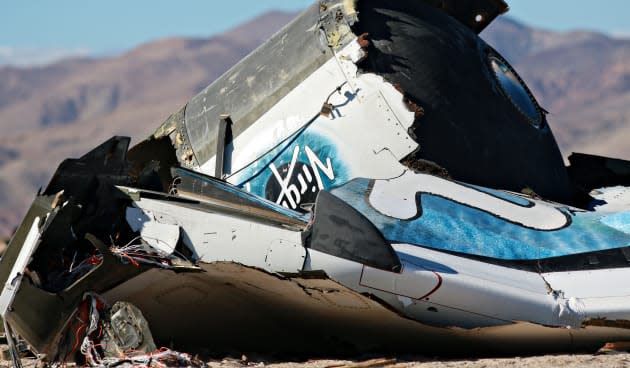 When Virgin Galactic's SpaceShipTwo crashed in late October, the company attributed the loss to an unidentified "serious anomaly." Now, thanks to the ongoing investigation by the National Transportation Safety Board, we finally have a clearer picture of what happened 9 miles up in the air that day. According to surviving pilot Peter Siebold, the spacecraft disintegrated around his seat while it was flying at 50,000 feet, almost twice the height of Mt. Everest. The temperature at that altitude is usually below freezing point, around minus 70 degrees Fahrenheit, and any human without an oxygen mask would pass out due to loss of pressure. Since Siebold wasn't wearing a spacesuit at the time, that's exactly what happened to him, though he managed to unbuckle his seatbelt at some point before his parachute automatically opened.

A previous NTSB investigation points to the premature unlocking of SpaceShipTwo's feather re-entry system as one of the possible causes of the crash. Siebold told authorities he wasn't aware that co-pilot Michael Alsbury, who sadly didn't survive, unlocked SpaceShipTwo's feather braking system earlier than intended. This braking/re-entry method turns the spacecraft's tail upward in order to slow and stabilize its descent. According to the investigation, Alsbury only unlocked the first lever and left the second one untouched, but the winds tore the spacecraft apart anyway.

As for Siebold, an aerospace physiologist called his survival "extremely remarkable." People don't usually survive such harsh temperature and pressure conditions, and they usually come out of the ordeal permanently damaged when they do.

In this article: PrivateSpacecraft, PrivateSpaceflight, space, SpaceShipTwo, VirginGalactic
All products recommended by Engadget are selected by our editorial team, independent of our parent company. Some of our stories include affiliate links. If you buy something through one of these links, we may earn an affiliate commission.