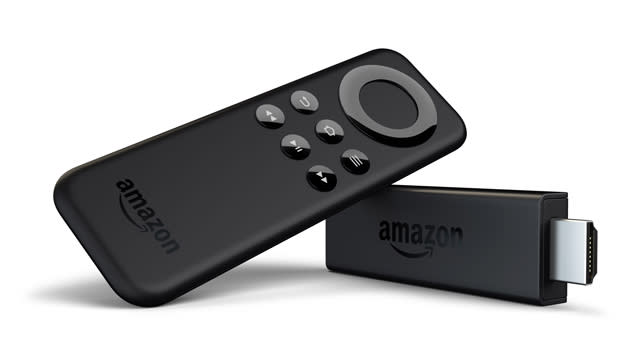 Did you plunk down $39 for Amazon's Fire TV Stick as soon as you heard about its promise of low-cost, full-featured streaming? If so, we have good news: as promised, Amazon has started shipping its Chromecast rival to people who ordered early. Unfortunately, those are the only people who can expect to get a Fire TV Stick in the near future... or any time this year, for that matter. Amazon is telling new customers that their orders won't ship until at least January 15th, 2015, or well after everyone has unwrapped their holiday presents. Unless your gift recipients are cool with IOUs, you'll have to snag a Chromecast, a Roku Streaming Stick or another "close enough" alternative.

In this article: amazon, android, firetvstick, hdpostcross, movies, streaming, television, tv
All products recommended by Engadget are selected by our editorial team, independent of our parent company. Some of our stories include affiliate links. If you buy something through one of these links, we may earn an affiliate commission.