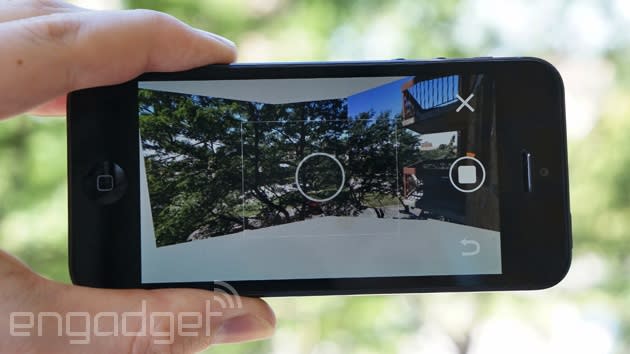 It looks like soon enough we'll be seeing Street View pictures and those spiffy Photo Spheres making their way from Google Maps and onto our favorite websites. How's that, pray tell? An update to Mountain View's Maps Embed API (targeted at web developers) is setting those images free, naturally. The search giant says that this previously was an omission from the last API release, and that it was spotted by a Developers blog reader. Google also says there won't be any usage restrictions on the embeds either, so hopefully we'll get more 360 degree panoramas in various places sooner rather than later. If and when the average Joe will get this access, however, remains to be seen.

In this article: API, Embed, google, GoogleDevelopers, GoogleMaps, Internet, maps, PhotoSphere, StreetView
All products recommended by Engadget are selected by our editorial team, independent of our parent company. Some of our stories include affiliate links. If you buy something through one of these links, we may earn an affiliate commission.