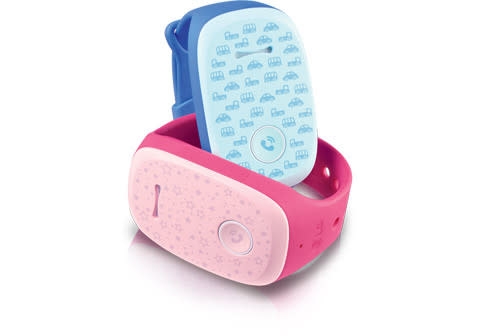 Even though the wearable space is flooded with a ton of options, most of those are geared toward grown-ups. And, hey, why not let the little ones join the fun too. Earlier this year, LG introduced the KizOn in South Korea, a wearable for children that made it easy for them to communicate with their parents. Today, that same device is coming to the US on Verizon, but here it will be known as the GizmoPal. The idea behind LG's new wearable is extremely simple, as it only requires being set up with a pre-configured number and, using a single button, kid(s) can then easily make or receive a call to and from it. The GizmoPal also comes with a companion app, available for iOS and Android, which uses GPS features to allow you, the parent, to easily monitor your child's location at all times.

Not surprisingly, you'll need Verizon service on the GizmoPal for it to work as intended -- the fee itself is a mere $5 per month. It's available now from the carrier's site for $80, while all brick-and-mortar stores are going to start selling it on December 11th (some in the Midwest have it in stock as of today). In this article: Children, GizmoPal, Kids, LG, LG GizmoPal, LGGizmoPal, mobilepostcross, TL16KDWR, Verizon, Verizon Wireless, Wearables
All products recommended by Engadget are selected by our editorial team, independent of our parent company. Some of our stories include affiliate links. If you buy something through one of these links, we may earn an affiliate commission.