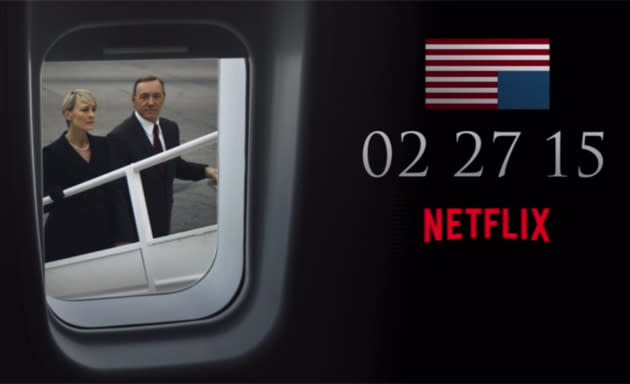 If you rushed through House of Cards' second season and have been wondering when you could see more of Frank Underwood's political machinations, wonder no longer. Netflix has revealed that the third season of its best-known streaming TV series will be available on February 27th, 2015. The teaser (below) doesn't do much more than provide the launch date and remind you of Underwood's new role, but that's all you need to know, really -- the important thing is that you can marathon new episodes in just under three months' time.

A special message from the White House. https://t.co/YxFcHfA5qy

In this article: hdpostcross, houseofcards, internet, netflix, streaming, television, tv
All products recommended by Engadget are selected by our editorial team, independent of our parent company. Some of our stories include affiliate links. If you buy something through one of these links, we may earn an affiliate commission.