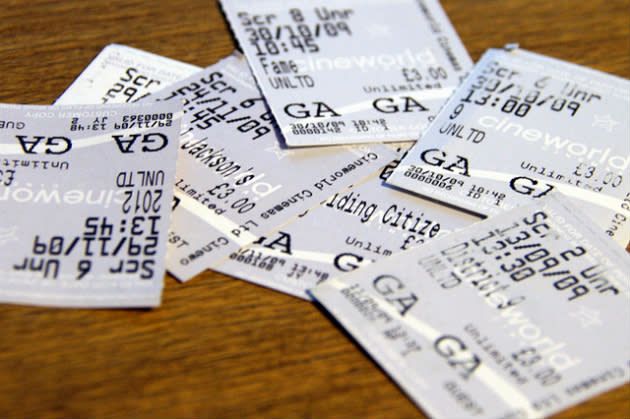 Created as a way to boost flagging cinema attendances, Orange Wednesdays has become a mid-week tradition for many film fans. However, after a successful 10-year run, EE is finally pulling the plug. According to Marketing Magazine, the decision was made after the UK network struggled to hash out a new deal with its partner Cinema First. It means Orange Wednesdays and EE Wednesdays, which offered a stellar two-for-one deal on both cinema tickets and Pizza Express, will cease to exist come February 25th, 2015. It's not all doom and gloom though. EE says it has another "exclusive" offer planned for its customers in 2015, although we suspect it won't be related to theater tickets. In the meantime, you have just over two months (or 11 Wednesdays, to be precise) to take advantage of the decade-old promotion. We recommend heading here to see what'll be released in the weeks ahead.

In this article: ee, film, hdpostcross, movie, orange, orange wednesdays, uk-feature
All products recommended by Engadget are selected by our editorial team, independent of our parent company. Some of our stories include affiliate links. If you buy something through one of these links, we may earn an affiliate commission.