Season 3 of Downton Abbey arrives as an Amazon streaming exclusive: members get their Dowager Countess fix for free 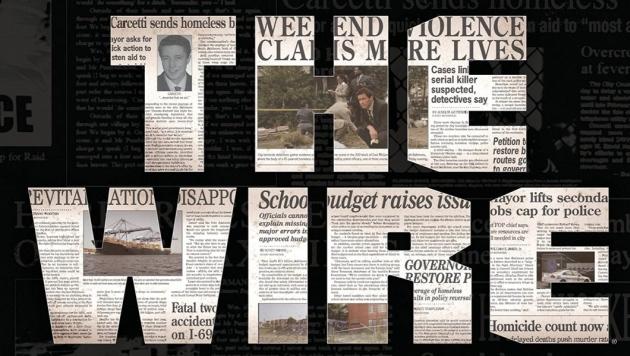 If you're reading this, then you might not be watching HBO Signature's The Wire HD marathon as it covers season four, which some consider to be the best in the series. Of course, you can jump in anywhere you want with the remastered version thanks to HBO Go, although series creator David Simon points to the 4x3 DVD release as the best way to see the show as originally intended. This week there's the usual slew of New Year's Eve celebrations and bowl games (with the addition of a new playoff wrinkle), ABC is kicking off 2015 with its new show Galavant, and PBS has season five of Downton Abbey. Netflix's introduction to 2015 starts with every episode of Friends (but watch Bad Boys, The Breakfast Club, Spaceballs and Happy Gilmore before they fade out Wednesday night), while on Blu-ray we have Denzel Washington in The Equalizer and Kevin Smith's horror flick Tusk. Gamers can dig in to the Halo 5 beta, but there's not much else new out there for now. Look after the break to check out each day's highlights, including trailers and let us know what you think (or what we missed).

In this article: DowntonAbbey, galavant, hdpostcross, listings, MustSeeHdtv, thewire, video
All products recommended by Engadget are selected by our editorial team, independent of our parent company. Some of our stories include affiliate links. If you buy something through one of these links, we may earn an affiliate commission.