IRL: Why I got my mom a Nexus 9 for Christmas 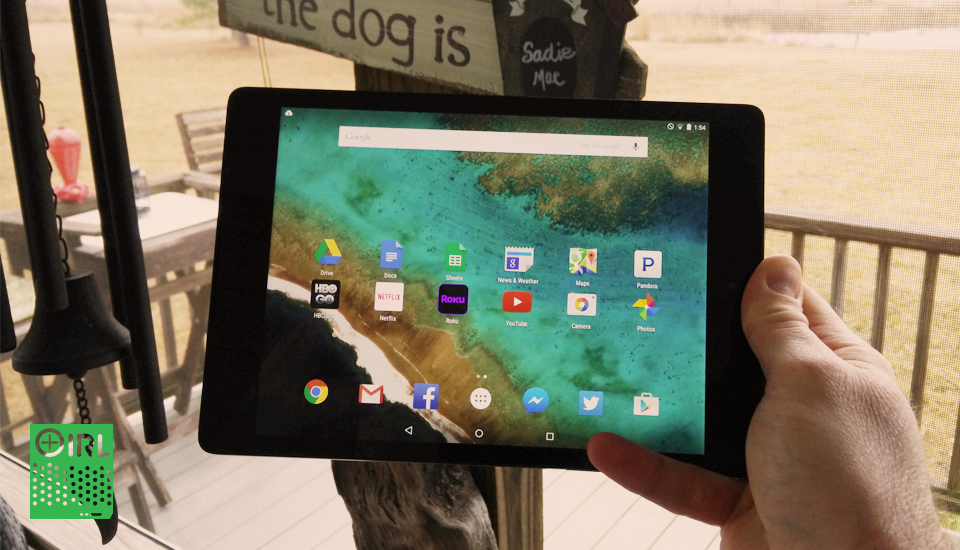 My dad called me up a few weeks ago saying he wanted to get mom a tablet for Christmas, one that might be good enough to replace the laptop she hated. It wasn't the hardware causing angst; it was the software: Windows 8. She's pretty comfortable with technology, but migrating from the familiar world of Windows' past was tricky and she wasn't alone -- I didn't find it easy either. While no tablet could completely replace a laptop, for general internet use, it's all she really needed.

With a budget of less than $500 for the tablet and accessories, dad had a few options to choose from and trusted me with the decision. In the spirit of dogfooding, I pulled up our Holiday gift guide and Tablet buyer's guide to make a pick for him to buy.

Dad considered getting her the Surface 2 after seeing a TV commercial (some people still watch those!), but I dismissed that because it wouldn't remedy her discomfort with Windows 8. There's the popular iPad Air 2 and iPad mini 3, but it had been years since mom had an iPhone and she'd have to get used to iOS all over again. She already owned an original Kindle Fire HD, mainly for reading, but upgrading to a newer model wouldn't cut out reliance on her laptop.

And then I thought, "What would make this easy to learn and require little training?" An Android tablet; after all, she's already quite comfortable with her Samsung Galaxy S4. Considering the software would be familiar, I looked at Samsung's Galaxy Tab S, which looked great, but the price for a 10-inch model was beyond the budget. I then thought about the company's Chromebook 2, which, of course, was based on Chrome OS and not Android (and was cheaper all around), but it wasn't something she could carry in a big purse. With a total price of just over $500, Google's Nexus 9 (16GB) combined with the Nexus 9 Keyboard Folio was our best bet. It came equipped with the latest Android OS, Lollipop, and the clean Material Design, which, as Chris Velazco noted in his review, felt "warm, welcoming." You know, just like mom is when I greet her at the airport (I know: awww). The day after I arrived home for the holidays, I told my dad that a good son would "program it" for mom, so he gave the Nexus 9 to me a few days early to do just that or turn it into another IRL for Engadget. It also gave me a chance to tinker with Lollipop for more than just a minute or two on a review unit at the office.

I turned the Nexus 9 on and got to work setting it up for mom, downloading some of the apps I knew she liked to use and organizing the icons so they were right up front, which took all of five minutes. Really simple setup.

Before I packed it back up for dad to wrap, I used it to watch the penultimate episode of The Comeback, via HBO GO. It looked sharp and sounded great thanks to HTC's speakers flanking the display. And then I took a few pictures using the camera, which is pretty good for the basics (say, if a phone wasn't handy and Sadie did something adorable). All told, it fared reasonably well outdoors, but not so much inside: Even after playing with the flash and lighting, it didn't take great indoor shots. We opened presents on Christmas morning, capped off with our traditional viewing of Hallmark Channel's Yule Log. Mom opened the gift, puzzled at first as to what it was, and then realized, "Oh, it's a tablet!" Even though the gift-giver was all dad, she looked to me to tell her what it was: "It's the Nexus 9 with Android, sort of like your phone, but bigger." Her response, looking at dad: "I'm going to cry." My mom isn't one to tear up over a present, but this was a truly emotional reaction: She felt the relief of not having to use that mean laptop.

She powered it on and immediately remarked "It's so clear!" referring to the IPS LCD screen. I'd go on to judge how well she was adjusting by how often I'd get asked for help. (As any kid knows, when a parent gets a new gadget, your duty is to provide perpetual tech support). Much to my surprise, aside from a few easy questions, she was off and on her own, setting up Facebook, adding her email account, logging into Netflix (so she could watch something else online when dad was watching something she didn't care for) and was loving it. I was there to help her, but she didn't really need it.

The HTC keyboard was backordered, so the first couple of days she had to go without it. Despite having an Android phone for many years, she didn't know about swiping to type and this excited her very much. Right away, she started writing messages using this method and it made her realize a physical keyboard wasn't always necessary.

How's it going now, a few days later? I texted her to check and so far, she's "loving it!!!!" (Yep, four exclamation points). She's using it to do everything she needed a laptop for (and eventually I'd explain Google Docs and Sheets to her) and, best of all, she had a better gadget than I had at home. I'm proud.

In this article: AARP, airlines, android, engadgetirl, feature, google, htc, irl, lollipop, nexus 9, parents, sadie, windows 8
All products recommended by Engadget are selected by our editorial team, independent of our parent company. Some of our stories include affiliate links. If you buy something through one of these links, we may earn an affiliate commission.