HBO Max has landed on PS5 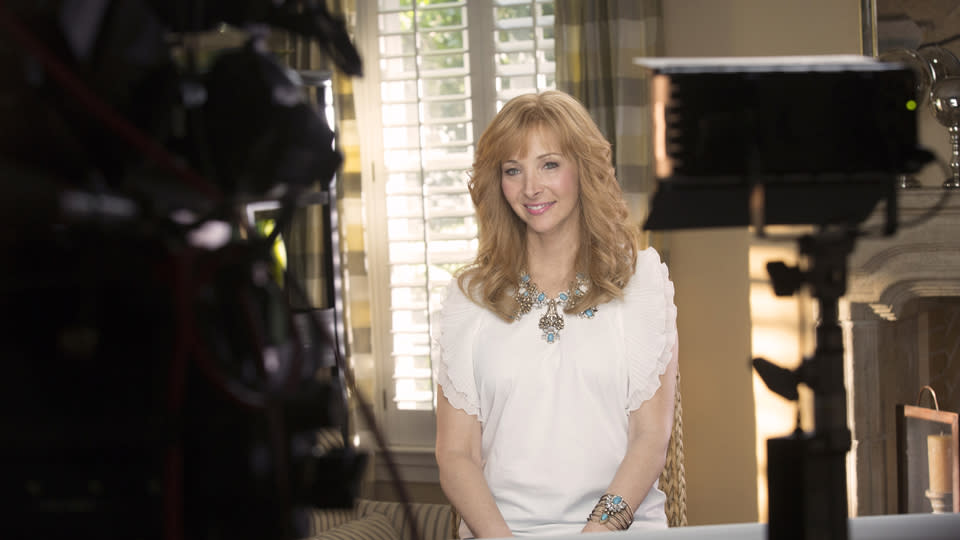 Lisa Kudrow doesn't care for Twitter. It's not that the former "Friend" doesn't get it, either. Kudrow, whose production company, Is or Isn't Entertainment, is behind savvy TV projects like Web Therapy (YouTube-style therapy sessions) that are inspired by internet culture, just doesn't see the point. "I am not on Twitter all the time. I can't do it. I don't care enough about what everybody's thoughts and feelings [are] or what they're doing. I don't. I can't," she tells me. Twitter, however, cares very much for her. Or, I should clarify, it cares for the eminently GIF-able Valerie Cherish, her character on The Comeback.

I spoke with Kudrow over the phone a few days before her brilliant, but canceled (and certainly not forgotten) HBO series The Comeback was to debut its second season nearly a decade after the original series premiere. To say that the show, which intelligently mocked the burgeoning reality TV phenomenon of the early aughts, was ahead of its time is somewhat of an understatement. The concept of "must-see schadenfreude TV" hadn't really taken hold of America until after HBO gave the show the axe in late 2005. In the ensuing years, we not only embraced unscripted programming (as reality TV is officially called), but we also accepted it as legitimate entertainment and minted a new breed of celebrity. And Kudrow agrees this pop cultural shift helped give her overlooked show a second life. "It's not nearly as shocking now as it was then. And I think even now, it was tame," she says of that first season. "Valerie wouldn't last three seconds with the Real Housewives of anywhere."

"It's not nearly as shocking now as it was then. And I think even now, it was tame. ... Valerie wouldn't last three seconds with the Real Housewives of anywhere."

But the growing acceptance of D-list celebrities wasn't the only factor in The Comeback's posthumous appreciation. On-demand and streaming video also played a vital part -- neither of which were commonplace technologies during its original run/airing. In fact, the first season of the series only recently made it onto HBO's streaming service, HBO Go, when talks of an actual second-season comeback were finalized. Before that, audiences had to either rely on an HBO cable subscription and access to its on-demand library (when the show was briefly available) or turn to YouTube for low-quality rips of the episodes.

You'd think Kudrow would be keenly aware of the cult following The Comeback accrued in the years after its cancellation; all of the memes and GIFs of the show shared across social media. But Cherish's greater internet afterlife as an affable icon (and a gay one, at that) of obliviousness isn't something Kudrow was even truly aware of until we spoke. "No, the research I did was, well, I've been to YouTube and I know there are some episodes on there, but that's only like 10,000 people [that] have seen it," she says of the younger generation now embracing the show. "That's not really a big deal. You know? That's it. I had no idea how people were seeing it other than DVD because it wasn't on anything official. So, no, I just noticed more and more people under 30 were saying, 'I like Friends fine, but can we talk about The Comeback?' Like what?! Really? Yes! Huh?"

Web 2.0 technology and the viral nature of the internet may be responsible for the resurgence in the show's popularity, but that doesn't mean Kudrow understands millennial behavior. Case in point, she's seen the GIFs of Cherish circulating on social networks, but doesn't quite grasp their popular appeal. "I just think she lends herself to all those kind of quickie, got-it-in-a-shorthand sort of way of communicating," she admits. It's not that Kudrow doesn't get the concept of the GIF, although she did candidly ask me, "What are GIFs?" (I had to explain.) It's just that she would choose different clips to make GIFs from the show. "Some of them seem like just sort of a random snippet to me and I'm not sure I understand the significance to people," she explains. "There are other things, to me, that would be, 'That's a funny snippet!'"

"I think also what's fantastic about like a web series kind of thing is ... you can kind of do whatever you want and then you see if it works or not."

Still, Cherish's return to the spotlight and premium cable TV (she stars on an HBO show within the actual HBO show) isn't ignorant of the millennial influence dominating media. The new season draws on certain aspects of current internet culture. In fact, Kudrow and Michael Patrick King (co-creators/writers) made it a point to include recent trends when scripting the new season, though they didn't intentionally script it to be meme-worthy or GIF-able. "We were really in sort of the mindset of ... what we did before, but nine years later," she says. "And I felt like, I think, 'I don't know, we might be taking care of it, but are we paying attention enough to what's going on now with millennials?' ... I think we worked in enough for what's relevant to Valerie." Kudrow consults with co-creator/executive producer Michael Patrick King on the set of The Comeback.

The end result of that cultural navel-gazing is a Valerie that twerks, live tweets and vlogs, according to Kudrow. "You know, she's on a show, so she's gonna be asked to ... have to live tweet," she says. "So there's that stuff. But it's not like a big problem or a hurdle. ... And she's game, game for it all! Even though she has, I don't know what number. I always come up with a lame number for a character that I'm doing. All those '500 fans' are gonna be real excited."

Kudrow concedes that there's a Luddite aspect to the character of Valerie Cherish. She's an older person that's eager and willing to adapt to tech trends, and often to humorous consequence. Of Valerie's monthly vlog, she explains: "What we have her doing is just basically technically fail ... flailing. 'Is it on?' And then she does: 'I just want to give a shout out to my subscriber who said, 'Will you do an impression?' Then she does an Edith Bunker impression to tell everyone her big news that she's on an HBO show."

Just don't expect Kudrow's Valerie Cherish to mirror the pitfalls of our internet culture too closely. When I broached the subject of Snapchat, celebrity nude selfie leaks and whether such a thing would happen to Valerie this season, Kudrow balked. "No. No. Oh my god. How gross. No, I don't think she would do it. ... We didn't address Snapchat. We just didn't."

I asked Kudrow if she'd designed the second season of the show to be binge watched, likening it to how writer/producer Mitchell Hurwitz laid out the fourth season of Arrested Development on Netflix. Other programs, like the Pivot/ABC co-production Please Like Me, have even embraced ever-changing title sequences to keep those marathon streaming sessions from wearing thin on viewers. But, as Kudrow explains, none of that streaming-only behavior factored into the production of The Comeback's second season: "No, we felt like if people were able to binge watch the first season, then they can binge watch the second season. Obviously in 2005, we weren't even considering binge watching. No, unless you had a DVD. And at the time, we just didn't even think about, 'But who would sit down and watch a bunch in a row?'"

The new season of The Comeback may not have found new life on a native streaming platform like Arrested Development did -- the show's owned by HBO, so it wouldn't make much sense -- but Kudrow's open to the format for other projects. "We're practically not-for-profit at this point. You have to put [shows] wherever you can so that you can continue to do more," she says of her production company's efforts. She adds, "I think also what's fantastic about like a web series kind of thing is ... it's so original that you can't even imagine how you'd pitch it to a network or a studio. Then that's really the beauty of, 'Good you put it out there.' [Because] you can kind of do whatever you want and then you see if it works or not. It's such a great place to experiment." It's clear that, unlike her The Comeback character Valerie Cherish, Kudrow is not as adorably clueless about the technology powering our world. She's adapted insofar as her production company is concerned, but personally, she just doesn't seem to care for it all that much. Indeed, her Twitter bio warns, "Lisa Kudrow's company usually tweets on her behalf. But sometimes not?" That said, if you do happen to get a reply from her @handle, know that it's still actually her on the other end. Just don't ask her to multitask or live tweet like Val.

Kudrow may not "get" the allure of social media, but she owns her digital life. Though she jokingly regrets the transparency. "Now I blew [it]. I had a chance to excuse any personal responsibility for things I don't like."