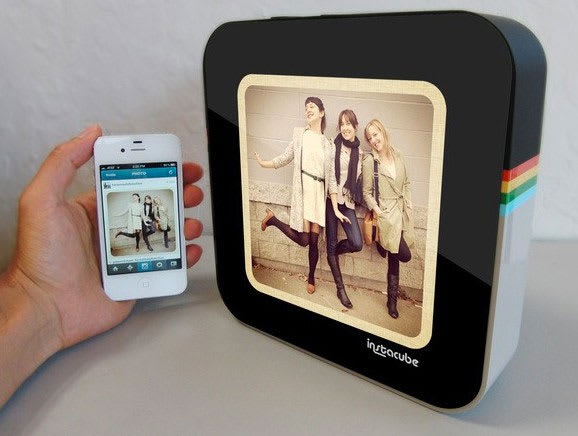 Well, that took awhile. Remember Instacube, the purpose-built digital photo frame designed to pull images directly from your Instagram feed? The Android-powered photo screen found itself short on both funding and manufacturing options last summer. These issues set production back almost a year, but come April 5th, it'll all pay off -- the first units are finally shipping out. Instacube's creators used the extra time productively, at least: the final hardware was redesigned to include speakers (to support Instagram video). Future updates will imbue it with the ability to stream content from Facebook, Vine, Flickr and other services, too. Kickstarter backers who opted for the white or classic models should get their units in the next few months, but the team says additional styles won't be available until production hits full steam. A bummer for sure, but hey, folks have waited longer to get Instagram.

Source: Kickstarter
In this article: android, arm, d2m, instacube, instagram, kickstarter, photo frame, PhotoFrame, retro, video, vintage
All products recommended by Engadget are selected by our editorial team, independent of our parent company. Some of our stories include affiliate links. If you buy something through one of these links, we may earn an affiliate commission.