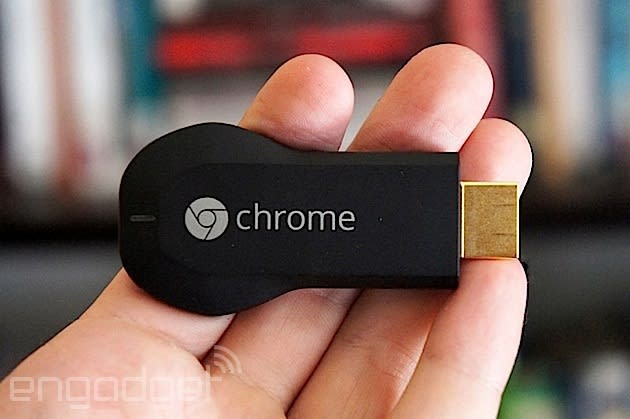 You can stream seemingly anything to your TV using a Chromecast, but tracking down the software you need can be time-consuming -- and it frequently won't pull media from other devices on your network. It's a good thing that Videostream has released its namesake Chrome add-on, then. The extension lets you stream almost any locally stored video through Google's media stick, regardless of type. It'll also play videos from networked PCs and drives. There's an Android remote control if you'd rather not leave the couch, and the future should bring an iOS remote, media playlists and hardware support beyond the Chromecast. Videostream isn't as elegant as a software portal like Plex, but it could be handy for that occasional obscurely formatted clip that you absolutely have to watch on a big screen.
Via: Lifehacker
Source: Chrome Web Store, Videostream
In this article: browser, chrome, chromecast, google, hdpostcross, internet, streaming, television, tv, video, videostream, web
All products recommended by Engadget are selected by our editorial team, independent of our parent company. Some of our stories include affiliate links. If you buy something through one of these links, we may earn an affiliate commission.