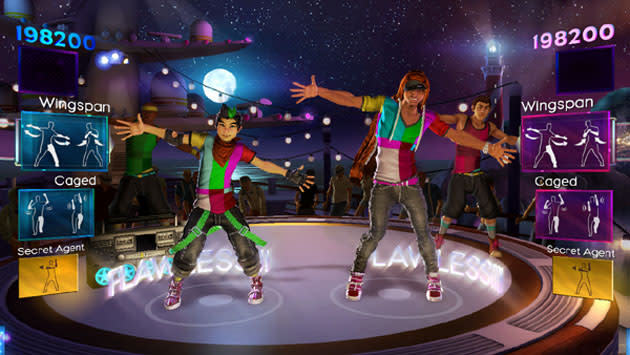 Sure, a $100 price drop on the Xbox One is great for us. First things first, it's less money to fork over for a new game console. Second, no Kinect, which means no all-seeing eye judging our tawdry lifestyle. But what if you're a Kinect game developer? What if you're, say, a member of the studio with the most successful third-party game franchise for Kinect, and you're in the middle of making an exclusive Disney game for it?

Yup, that about sums it up. And that's exactly how Harmonix director of publishing and PR John Drake put it just moments after Microsoft made its announcement this morning. Harmonix publicist Nick Chester followed up with the (slightly) more positive, "Now Kinect designers have to work extra hard to innovate and make solid software. Good thing we were already doing that!" Yikes! There's also an official, far less exciting statement.

"As avid gamers, we're excited for fans to have more choices out there. As game makers, this platform change doesn't affect our strategy – it reinforces that we must continue to focus on building innovative, compelling and well-designed motion experiences to motivate consumers to buy our games. We believe that tightly-crafted motion games can be great, genre-defining interactive experiences, as we've proven with the Dance Central franchise on Kinect for Xbox 360, and we're eager to prove it again with Disney Fantasia: Music Evolved this fall on both Xbox One and Xbox 360."

Source: Twitter, Joystiq
In this article: dancecentral, fantasia, fantasiamusicevolved, harmonix, hdpostcross, kinect, microsoft, xbox360, xboxone
All products recommended by Engadget are selected by our editorial team, independent of our parent company. Some of our stories include affiliate links. If you buy something through one of these links, we may earn an affiliate commission.