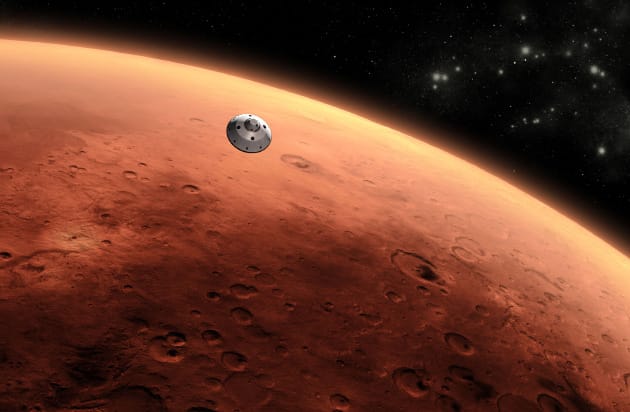 As with airplanes and many other self-powered machines, the fuel a shuttle engine requires can weigh nearly as much as the object it's propelling, increasing costs while significantly limiting range. It's a challenge we're going to need to overcome before launching long-distance treks through space, where carrying enough fuel may not currently be possible. One proposed method for getting future spacecrafts to their destinations is by utilizing a device called a microwave thruster. A British scientist named Roger Shawyer managed to build a similar engine called an EmDrive several years ago, and while a Chinese team also accomplished the same, the rest of the world hasn't paid much attention until NASA confirmed from its own research that such a device could work during a presentation earlier this week.

NASA's device, a microwave thruster called the "Cannae Drive," was built by US scientist Guido Fetta. It works by bouncing around microwaves within a sealed container, using a method that seemingly contradicts the law of conservation of momentum. Miraculously, the thruster seemed to function as described, and while the model NASA tested is hardly capable of moving any large object through space, the fact that it registered any measurable movement is promising. If the agency can scale up the device significantly, it could be used for anything from limited satellite propulsion that uses solar power exclusively to a spacecraft that can carry astronauts from Earth to Mars in just a few weeks.

Source: Wired (UK), NASA
In this article: engine, engines, mars, microwave, microwaves, microwavethruster, nasa, satellite, satellites, space, SpaceExploration, spacetravel, thrust, thruster
All products recommended by Engadget are selected by our editorial team, independent of our parent company. Some of our stories include affiliate links. If you buy something through one of these links, we may earn an affiliate commission.