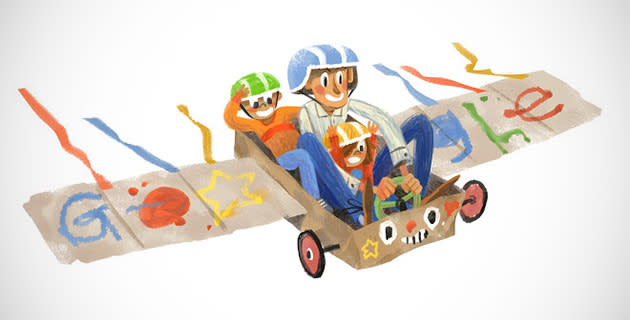 13 is a big year in a young one's life: you've officially tip-toed into adolescence, your body starts to go a little batty and you can finally sign up for a Google account. According to a new report from The Information, though, Google is gearing up to unleash its services on an even younger audience, and it's dealing with stringent legal requirements so it can start courting kids. Among the bits Google reportedly has in the works are a child-friendly version of YouTube (hard as that can be to imagine) and an online dashboard that allows parents to keep tabs on their kids goings-on as they flit around online.

Here's the thing, though: trying to get your web services cleared for kids is a total pain. Extending its reach in a such a way means Google has to fight to comply with Coppa, a federal law that calls for (among other things) the strict and thoughtful handling of data collected from children. This whole rigmarole is made trickier by the fact that there are really two kinds of Google accounts: ones created from a traditional computer that require a user to provide their age (whether they're honest about it is another story entirely) and ones created from Android devices that don't have ages tied to them. The Information reports that you won't be able to create one of those age-less mobile Google accounts before long, though it's unclear how Google's going to address about the ones that already exist.

So like we said, a total pain. The fact that Google's pushing anyway highlights just how important this group of potential users is to them. Sure, kids get condoned access to tools they've never been able to use before, but Google gets a chance to hook new (and hopefully lifelong) users while they're young. What's a few legal headaches when you've got a big ol' growth engine just sitting there waiting to be fired up?

In this article: children, coppa, google, kids, safety, web, youtube
All products recommended by Engadget are selected by our editorial team, independent of our parent company. Some of our stories include affiliate links. If you buy something through one of these links, we may earn an affiliate commission.