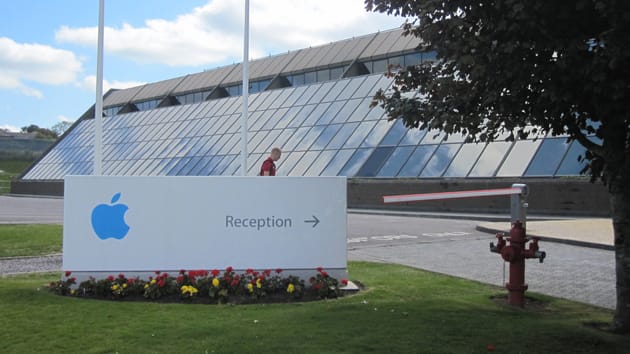 Apple and other tech giants had better not lean too heavily on Ireland's super-favorable tax environment; at least one big perk is going away. Finance minister Michael Noonan has detailed a new budget that, among other things, will phase out the "double Irish" system that let companies operating in Ireland (including Apple) move their revenue to an Ireland-registered offshore tax haven. As of 2015, companies incorporated in the country will have four years to make sure that they're also tax resident -- that is, they'll pay the same as any other corporation operating on the Emerald Isle.

Not that foreign firms will necessarily be dying to leave. Noonan is keeping Ireland's lower-than-average 12.5 percent corporate tax, and there will be big tax breaks for companies that conduct research and development on its soil. In essence, the minister is trying to strike a very careful balance. He wants to appease European Union investigators who say that Apple and its peers are flouting the law, but he also doesn't want to raise taxes so much that these companies bolt toward other nations that offer considerably better deals. However well this strategy works, it's safe to say that the move won't have American companies repatriating their cash any time soon.

Via: The Guardian
Source: Department of Finance
In this article: apple, avoidance, business, culture, eu, EuropeanCommission, facebook, google, investigation, ireland, oecd, tax, taxes, timeline16corptax
All products recommended by Engadget are selected by our editorial team, independent of our parent company. Some of our stories include affiliate links. If you buy something through one of these links, we may earn an affiliate commission.