Airbnb will verify every listing in the name of safety 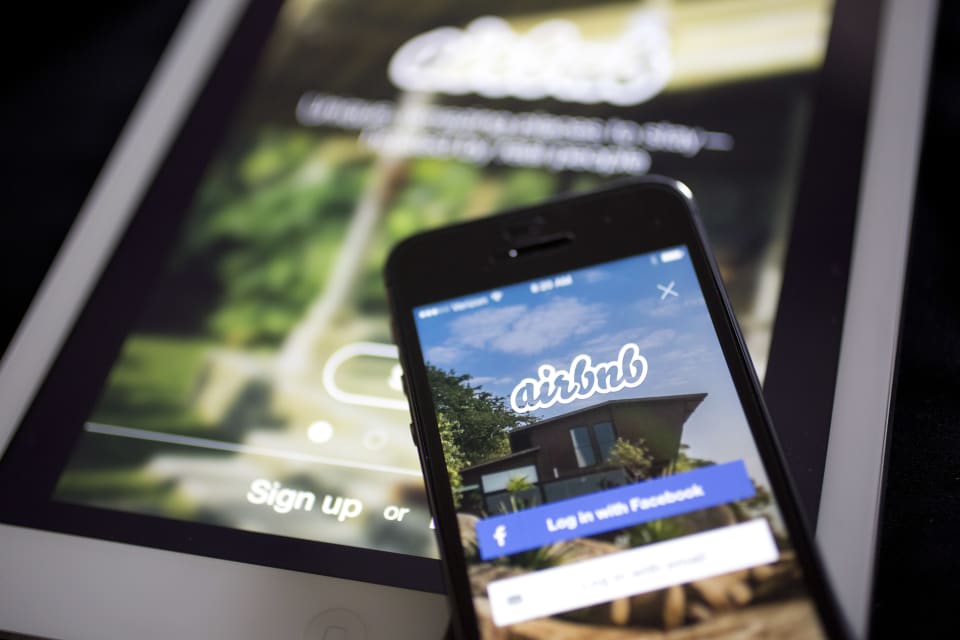 Currently, there are over 800,000 Airbnb listings in more than 34,000 cities and 190 countries. With upwards of 20 million guests, it's safe to say that Airbnb has nestled its way into the hearts of many a traveler.

It's really not surprising that the masses have been charmed by Airbnb, right? Because as exciting as it is to make travel plans for, say, a vacation, there's always that little tinge of anxiety about leaving the comforts of home (at least for some of us). But Airbnb offers something to assuage that anxiety by allowing you to stay in another person's home. No, this is not the same as being in your own space, but some might argue that it's more comforting than the sometimes methodical feel of a hotel.

And the icing on the cake? While you're away on your vacation, Airbnb allows you to make some money with your empty space – also known as hosting.

Airbnb's story is not just "unique travel experiences," affordable prices and monetizing your unused space. Unfortunately (or fortunately, depending on the audience), there are laws in place that are meant to limit when, where and how you can list your space.

WHICH LAWS AFFECT MY AIRBNB LISTING?

Airbnb's reach is worldwide, as are the regulations. While the thousands of cities with Airbnb accommodations mean variety when it comes to deciding where to stay, all of these cities also equal hundreds of local regulations. It might seem as simple as just listing your space, hoping someone bites and collecting some money. But it's really not.

In New York City, for example, over 70 percent of all rentals are illegal, according to a report released by New York Attorney General Eric Schneiderman.

One reason is that hosts are often cheating NY officials of their tax dollars. Such a tragic thought, right? Who wants to miss out on the opportunity to fork over more money in name of taxes? The problem is that those collectors don't take kindly to not being paid in full –- and in the case of Airbnb, the attorney general's report claims that New York City is "likely owed millions" in unpaid taxes. Not surprisingly, both New York State and New York City impose a number of taxes that may apply to Airbnb hosts -- like the New York City Hotel Occupancy tax of 5.875 percent. And yet, because hosts aren't officially operating as hotels, they aren't paying the taxes. 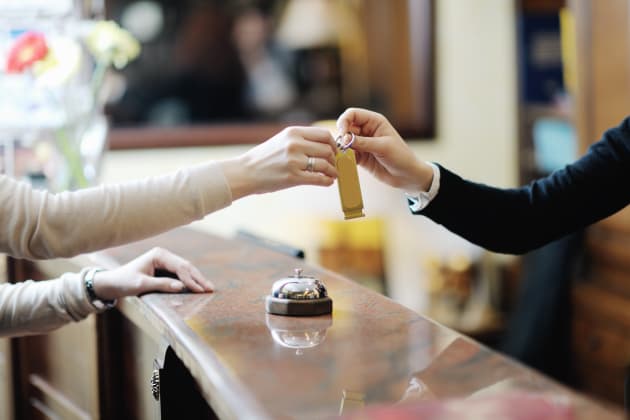 Another reason is the New York State Multiple Dwelling Law (MDL), which prohibits rentals of less than 30 days in "Class A" multiple dwellings. So, let's parse this out a bit:

Essentially, if you live in most any apartment building in NYC where more than three families live separately, and said families are renting for more than 30 days, you can't legally be an Airbnb host for short periods of time. There is an exception: If you want to host someone while you or another permanent resident of the space (a roommate) is also there, you are within the law. 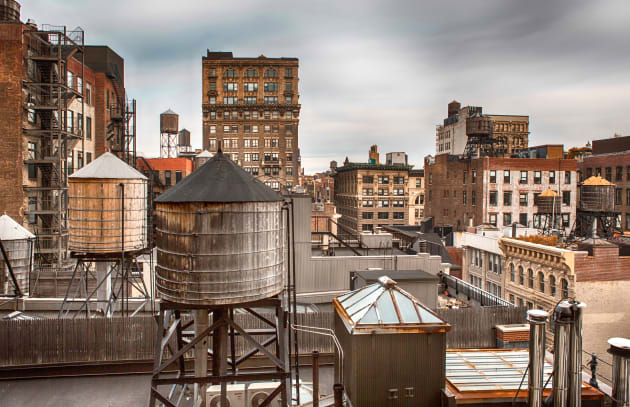 While it's true that many go about their hosting unscathed, this is not always the case. Nigel Warren, for example, was told by city officials that he owed $7,000 in fines because his Airbnb hosting violated the city's illegal hotel law (aka, the MDL). Then the fee was reduced to $2,400. And finally, the fee was overturned because his roommate was in the apartment at the time of the Airbnb rental. The point is that city officials aren't happy about people renting out their space; they can and sometimes do go after hosts; and even if you end up like Warren -- narrowly avoiding fines -- you're still facing a lot of uncertainty in terms of what you can and can't legally do.

And even if a host is complying with the MDL, their lease may not allow for short-term subletting, which means they could be evicted.

So, NYC's laws are obviously not Airbnb-friendly. San Francisco, on the other hand, has decided to offer protection to hosts. San Francisco Mayor Ed Lee recently approved a bill that legalizes peer-to-peer home-sharing (read: Airbnb hosting). The law allows permanent residents -- a person who occupies a unit for at least 60 consecutive days with the intent to make it their home -- to offer short-term rentals. There are some caveats: Hosts are required to register with the city's Planning Department; they must pay a hotel tax; entire-home rentals are limited to 90 days per year; and each listing is required to carry liability insurance.

But even this triumph is not without its woes. HomeAway -- an Austin, Texas-based home-sharing service -- filed suit against San Francisco, alleging this new ordinance violates the Commerce Clause of the US Constitution. According to the complaint, the ordinance "discriminates against interstate commerce through differential treatment of San Francisco-based and non-San Francisco-based interests that benefits the former and burdens the latter." 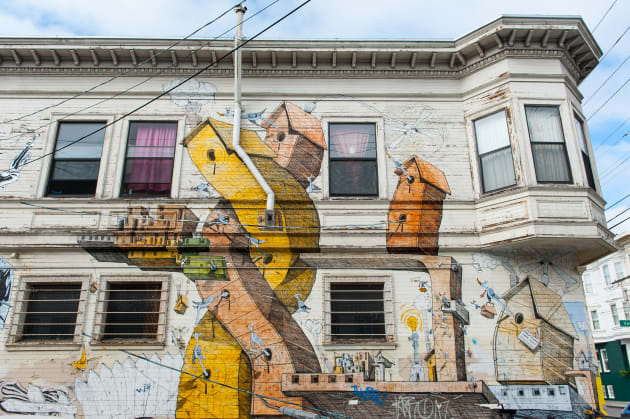 Similar to the direction San Francisco is currently heading, locales outside the US have shown support for Airbnb hosts. In France, for example, the newly signed "Bill ALUR" clarifies that you can rent out the home in which you live. The Amsterdam City Council recently gave final approval to a new policy that embraces home-sharing. And in Hamburg, Germany, it's now legal to rent out a room or occasionally rent out a primary residence.

So, what does this all mean? Well, it means that there's no black-and-white rule to give when it comes to renting out your space. The regulations vary from city to city and are often very nuanced, which makes it critical that you do your homework.

Well, if you're one of those people who wants to make some money while away from home, you should know the applicable laws. For now, it seems that the laws aren't being heavily enforced, but that may not always be the case. If you start to rely on the income generated from loaning your place out, you could very well be in for a rude awakening. And you could be fined. 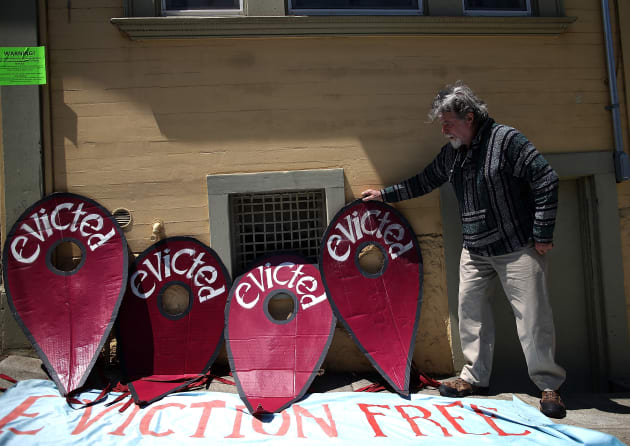 Or maybe you detest Airbnb? Say you're a New Yorker; you pay good money to live in your quiet building; and tenant 2B starts renting out his apartment to unscreened miscreants. Before you know it, your worst nightmares are coming to fruition and you're living in a makeshift hotel. Knowing the law could prove helpful should you decide to set up a tête-à-tête in which you throw the regulations in 2B's face.

No matter what side of the debate you're on, there's nothing to be lost by knowing the relevant laws.

On the one hand, comfortable and affordable travel is a concept we can all easily support. What's more, Airbnb isn't just about finding any old apartment or house within your budget -- it's also about connecting you up with one-of-a-kind places of refuge. It used to be but a mere dream to think of sleeping in a castle, but with Airbnb, this can be a reality. And while you're out living in a fairy tale, why shouldn't you be able to make some money with your own space?

But it's not all happily ever after. According to the New York Post, Airbnb is being used to turn some Manhattan apartments into brothels. There was also the time a host's home was "burglarized, vandalized and thoroughly trashed" by someone she connected with on Airbnb. And remember when a comedian rented out his apartment via Airbnb and came home to find an orgy? The whole point of the regulations that hamper Airbnb business is to protect the parties involved, to make sure certain safety codes are adhered to and to help protect neighbors from being subjected to the likes of a sex party in a host's apartment.

The truth is, unless and until you're in the group of people who have a terrible experience, you're probably more inclined to fall in the supportive camp.

You know what they say: Ignorantia juris non excusat. So you should read up on the laws that apply to you if you plan on hosting. If you're in the US and you want to know your state's regulations before hosting, you can find them on Airbnb's website. And Airbnb's Public Policy Blog offers updates on initiatives all over the world that impact Airbnb-ers.

In this article: airbnb, explainer, homesharing, legal, video
All products recommended by Engadget are selected by our editorial team, independent of our parent company. Some of our stories include affiliate links. If you buy something through one of these links, we may earn an affiliate commission.